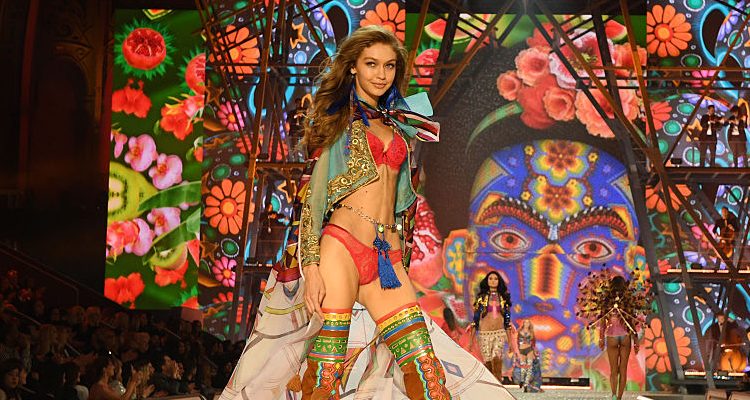 Things could have been a lot worse for Zayn Malik when his partner, Gigi Hadid, suffered a little wardrobe malfunction at the Victoria Secret Fashion Show 2016, but thankfully the broken strap was more for show. After all, we’re sure Malik and Hadid like to keep some things between themselves!

Gigi Hadid, of course, shares plenty of herself with the public. The supermodel’s tight tummy and trim physique is on display on screen and in magazines across the world, leading many to wonder just how she stays in such great shape. But look no more: we’ve got you covered.

If you want definition in your stomach, an abs workout is part of it, but it’s not nearly as important as your diet and overall fitness routine. Doing as many variations of stomach crunches as you can think of won’t give you the lean, defined, tight look you’re longing for. Abs are made in the kitchen, and Hadid certainly knows this. To keep her belly slim and avoid packing on too much fat, she eats plenty of veggies, fruit, salads, lean proteins, and whole grains to limit her sugar intake. She limits fast food and sugary drinks to save some calories and likely sticks to a pretty strict diet most of the time.

She’s also lived a very athletic life, having played volleyball for 12 years and now boxing nearly every day for her workouts. Boxing is a great way to burn calories and get a full-body workout, helping with fat loss, strength, and providing a great cardio workout. Full-body workouts like this work much better at burning fat and building a tight tummy than abs-only workouts because they are high intensity and get the whole body working, using up lots of energy to incinerate fat. Hadid also told Vogue that it’s really fun and allows you to forget that you’re actually working out.

Cutting Out Sugar While Keeping Her Options Open

Look, it’s clear that most of the time Hadid keeps to a strict diet, but that doesn’t mean she’s bound by food. She admits in an interview with People that she stays away from sugar-sweetened beverages but still allows herself one fast food meal per week. Having a cheat meal—or a meal that isn’t indicative of how you’d regularly eat—is a good way to keep your diet on track and stay sane. One meal won’t throw your diet or weight loss efforts off the rails; as long as you don’t go too far overboard or fall into a habit that lasts a few days, you’ll be fine. A cheat meal can actually help kick-start your metabolism, keep you motivated, and allow some time to enjoy yourself.