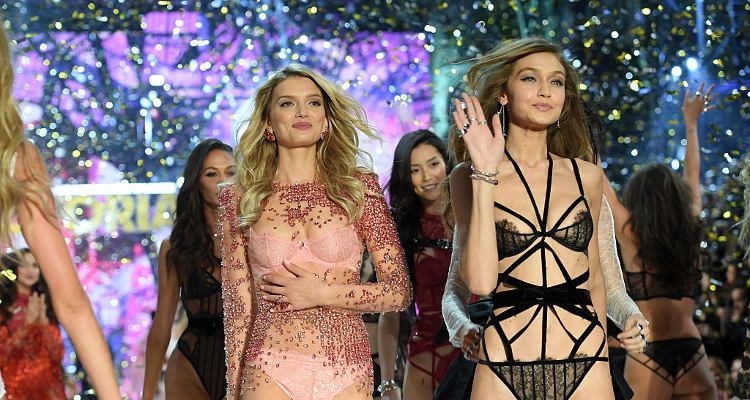 Victoria Secret Angels Gigi Hadid and Irina Shayk can be seen walking down the runway for the Victoria Secret Fashion Show 2016 on CBS on December 5. It’s been reported that Zayn Malik and Bradley Cooper were at the show in Paris on November 30, cheering on their girlfriends from the front row.

The show hit Paris for the first time and featured 55 models rocking the runway including Adriana Lima, Martha Hunt, Lily Aldridge, and Kendall Jenner. The event was also packed with awesome performances from The Weeknd, Lady Gaga, and Bruno Mars, so be sure to tune in! In the meantime, here is a look at the models’ diet and workout regimens.

Shayk is a stunning Russian supermodel known for gracing the cover of the Sports Illustrated Swimsuit Issue. Shayk is absolutely gorgeous and credits her good genes for her looks. Most importantly, she maintains a healthy attitude toward diet and exercise.

Shayk likes to spend time in the gym toning her figure, but she is not the kind of person who wants to be super skinny. She likes working out because it makes her feel good, but the bonus is that she looks good too. She likes to work out five times per week and believes in pushing herself because she knows how important it is to care for her body. Shayk is not a fan of exercises that bulk up her muscles. You won’t catch her doing things like exercises with weights above five pounds or the kettlebell. Instead, she enjoys jogging and cardio sessions that last for an hour before doing some interval training for 30 minutes.

As you may know, cardio exercises are the best method for burning fat, according to experts. This is probably why Shayk likes them. She enjoys boxing, running, and cycling and likes to mix things up every day. She also does a combination of Pilates and boxing to keep her bikini ready at all times.

Her diet plan consists first and foremost of drinking plenty of water to keep her skin hydrated. She does not believe in dieting and enjoys goodies like pizza, ice cream, and cake on occasion. She does not eat in restaurants often, which means she avoids all the excess sugar, sodium, and fat in those meals.

She does like cooking for herself and her favorite Russian dish is called pelmeni (dumplings consisting of a meat filling wrapped in unleavened dough). She practices portion control and claims she does not overeat. She also likes veggies and fruits, high-fiber breads, tofu, and skim milk. She also drinks citrus juices for lots of vitamin C. Eating healthy is a way of life for her.

Hadid has incredible abs and she definitely flaunted them at the VS fashion show. She is also frequently photographed rocking a crop top, which makes many wonder how she got her amazing abs. The truth is that Hadid is a very hard worker, according to her trainer Rob Piela.

He began training the model two-and-a-half years ago and is the owner of Gotham Gym in New York. A typical workout session for Hadid involves cardio-friendly boxing and floor work for her core. This makes it a total body workout, which she returns to each week. And Hadid’s consistency—even in the winter months—is what keeps her looking so fit.