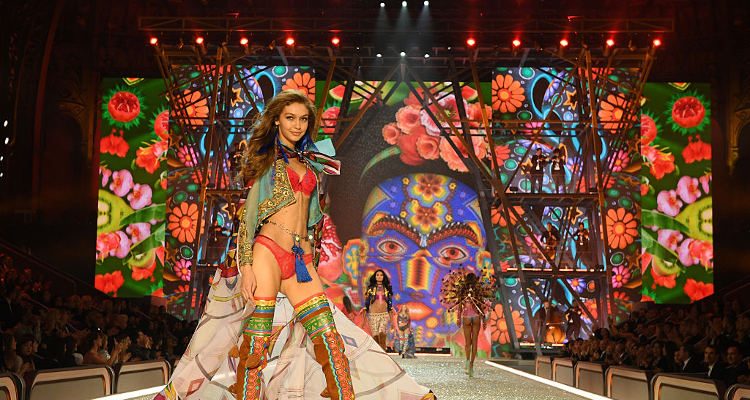 Victoria’s Secret Angel Gigi Hadid, who is currently dating former One Direction band member Zayn Malik, is in Paris this week getting ready for the Victoria’s Secret Fashion Show 2016, which will air on December 5.

Not only are sisters Gigi and Bella Hadid in Paris for the show, but mom and former model herself, Yolanda Hadid, is in Paris as well to support her daughters. It’s one big family affair.

Both Hadid sisters have been candid about how much their mom’s support of their careers means to them, and how important it is for them to have her present at the shows for moral support, especially this huge show. Bella Hadid told People magazine in an interview that her mom is “my emotional angel. She always makes me feel so much better. Just like any mother would.”

To get a strong core like Hadid, Rob Piela, her New York City-based trainer and the owner of Gotham Gym and Gotham G-Box, suggests a carefully structured and planned abs workout that should be done four days a week.

The routine involves planks to work deeper muscles, crunches for that visible six-pack, and leg raises to target the lower abdominals. “The combination of those three moves is golden,” he says, adding that eating well and avoiding sugar are also important for success. Piela breaks down the Hadid-type core workout for getting fabulous abs like Bella Hadid.

Start with a boxing warm-up for about 10 minutes. Follow this with crunches, doing three sets with 40 reps. High-intensity boxing for 10 minutes to raise the heart rate is next, followed by bicycle crunches that should be done for three sets of 40 reps each as well.

After that, if you still have energy, hold a plank for 60 seconds and make sure to maintain good form, which means that the abs are tight, you have a straight back, and your neck is in a neutral position.

Her exercise routine is intense, but it has to be to get the results she needs. Piela has been working with the Hadid for more than two years. His approach to getting her in shape includes boxing for cardio, floor exercises to engage and strengthen the core, regularity—she boxes up to four times a week—and a healthy diet that has very little sugar in it.

The Sports Illustrated swimsuit model says she loves boxing. Some of her favorite moves include the jab and uppercut. “When you’re boxing, you get so into it mentally that you kinda forget what’s going on,” she says. Mental focus is the key to boxing because it involves a lot of hand-eye coordination and footwork that needs to be coordinated.

When training celebs like Hadid, Piela likes to involve these core elements into his routines that he designs specifically for each client: bodyweight training, jump-rope, cardio training, and a three-to-one boxing ratio—three minutes of sparring with one minute of core-strengthening exercises.