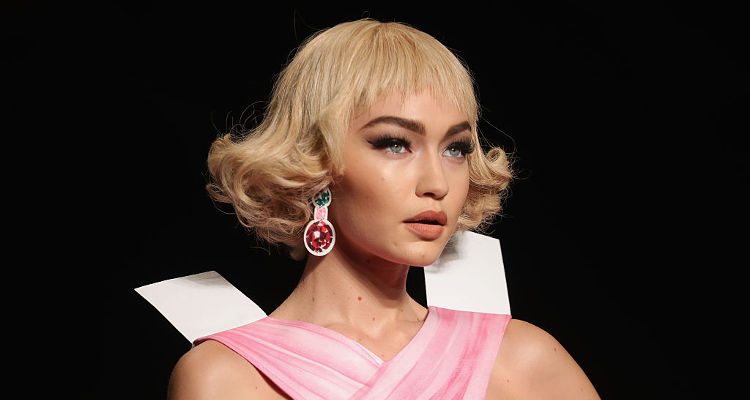 Model Gigi Hadid has a slender body with fantastic abs and she loves to show it off on Instagram. A few days ago, the 21-year-old, who is dating singer Zayn Malik, posted an older picture of couple saying that she misses him.

The two allegedly broke up over the summer but quickly got back together, and reports suggest the two might even be living together.

Gigi Hadid’s workout, which creates her fit body and abs, come by way of hard work. Her core workout to get those tight abs consists of:

oldie but a goodie .. my handsome ?!! missing you already X

It is safe to say that her fitness routine is quite grueling, and her New York City-based trainer Rob Piela, the owner of Gotham Gym and Gotham G-Box, agrees. Piela has been working with the model for more than two years. His special combo for getting her in shape includes boxing for cardio, floor exercises to engage and strengthen the core, regularity—she boxes up to four times per week—and a healthy diet that has very little sugar in it. Sugar is more a cause of weight gain than healthy fats are, something many people don’t know.

The Sports Illustrated swimsuit model says she loves boxing and that it has been great because it’s a new sport for her. Some of her favorite moves include the jab and uppercut.

“When you’re boxing, you get so into it mentally that you kinda forget what’s going on,” she says. It helps her forget she’s even working out, which is why she appreciates the sport so much. Mental focus is key to success in boxing because it involves a great deal of hand-eye coordination and footwork that goes with the hand movements.

When she begins her boxing workouts with Piela, they start with jump rope, and according to Hadid there is no better way to slim down legs. Then they end with ballet-inspired floor exercises, and between the jumping rope and floor work they box.

When training celebs like Hadid, Piela likes to involve core elements into his routines, which he designs specifically for each client: bodyweight training, jump-rope cardio training, and a three-to-one boxing ratio—three minutes of sparring with one minute of core-strengthening exercises.

Attending The New School in NYC doesn’t mean she is wavering on her diet. She says New York is great for being healthy and that she makes her own food all the time. That being said, burgers and fries are her weakness. Hadid’s biggest thing is to just eat a healthy diet and work out. Having a clean food plan to stay fit, and then “have a cheat day to stay sane,” is her best advice.