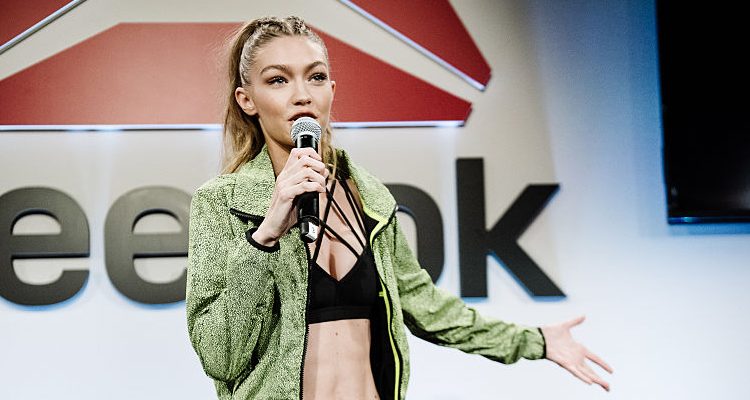 (Photo by Getty Images for Reebok)

Gigi Hadid has come out saying that she suffers from Hashimotos’s disease, a complication of the thyroid that can have some fairly debilitating symptoms if not treated. The model says she has undergone weight loss because of the disease, though weight gain is the more common symptom it has on the body. Depression is another side effect, but Hadid hasn’t yet made any claims about that as something she is dealing with.

In an interview with ELLE magazine, Hadid said “my metabolism actually changed like crazy this year. I have Hashimoto’s disease. It’s a thyroid disease, and it’s now been two years since taking the medication for it, so for the VS show I didn’t want to lose any more weight, I just want to have muscles in the right place, and if my butt can get a little perkier, then that’s good.”

Hashimoto’s disease can be treated with daily doses of pills containing synthetic thyroid hormones. It’s a matter of finding the right dose for each person. Several other celebrities have spoken about their own battles with the disease and other thyroid diseases, including Zoe Saldana, Gina Rodriguez, Kim Cattrall, and Molly Simms.

In an interview with Harper’s Bazaar, Hadid revealed that her diet is typical and doesn’t include fads. Her breakfasts includes eggs and another protein, but as of late, the model has been adding baked beans to her breakfast thanks to British boyfriend Zayn Malik, who introduced her to the concept of eating baked beans for breakfast.

“I usually eat breakfast or have coffee before I do anything. I live near the Smile, and I love their scrambled eggs, bacon, and toast. I drink orange juice and coffee always. My boyfriend, being British, got me into breakfast beans, so that’s what I’ve been eating lately.”

For lunch, Hadid eats whatever she wants, which can mean grabbing a burger from her favorite spot, JG Melon, in the West Village in New York City. Her personal motto is to eat clean and stay fit, but to have a burger to stay sane. Her skinny figure seems able to handle it, especially because she also is dedicated to working out regularly.

Hadid says her diet is low-key. “If I’m going out, I like to go for dinner and drinks with friends. I love Bond Street for sushi. For a night in, I love to cook and watch a movie.”

Healthy eating is important when managing Hashimotos’s disease, but cheat meals like a hamburger are definitely okay once in a while.

What is Hashimoto’s Disease?

Hashimoto’s disease is a condition where the immune system attacks the thyroid. The thyroid is a small gland at the base of your neck and is part of the endocrine system. It is vital because it produces hormones that help the body with many varied functions.

It is the most common cause of hypothyroidism in the US and affects middle-aged women most of all, though men, women of any age, and children can be affected as well.

The disease tends to progress slowly and causes thyroid damage over time, which leads to a drop in thyroid hormone levels in the body. The most common signs and symptoms of hypothyroidism include:

If you suspect you have Hashimoto’s disease, see a doctor, who will do a number of tests to make a proper diagnosis.