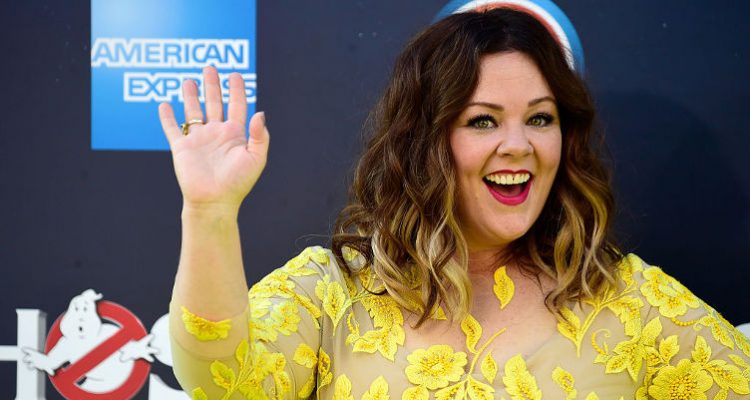 Gilmore Girls star Melissa McCarthy has been named the most body positive celebrity as revealed by a poll taken by 2,000 women across the country. The comedian-turned-fashion designer took the top spot, beating out Oprah and Adele for first place, as the woman doing the most to represent people of all shapes and sizes and getting people to think more positively about their own bodies.

The poll was done by plus-size clothing retailer (and rental subscription service) Gwynnie Bee. The Mike and Molly star has lost 75 pounds this past year, which was first noted by fans in April when she walked the red carpet at the TIME 100 Gala. A low-carb diet has helped her drop the weight.

Other women singled out for their influence on the body positive movement include Amy Schumer, Jennifer Lawrence, and Serena Williams. The poll also found that model Ashley Graham was the most influential in fashion and actress Mindy Kaling held the spot for female television celebrity.

The poll revealed that 42 percent of women think things are getting better with regards to how people’s bodies are viewed. One in 10 polled also believe the media portrays women’s bodies in a realistic way overall.

The year 2016 has shaped up to be one of embracing body positivity. The year kicked off with the first ever plus-size model, Ashley Graham, taking the cover of Sports Illustrated’s swimsuit issue.

Melissa is reprising her role on the Gilmore Girls reboot and will look very much like the Sookie fans remember from the original show. McCarthy had gained weight since leaving that role, but things have seemingly come full circle now that she has lost weight.

Losing 75 pounds involves a major lifestyle change. McCarthy has always said she is fine with her weight and that her main goal in losing weight was to be healthier and set a good example for her daughters.

The key to her weight loss was to watch what she ate and to exercise regularly. McCarthy followed a high-protein, low-carb diet regimen and did workouts to help shed pounds and build endurance. She said that the real trick was having a boring life and going to bed at 7:30 p.m. Who knows if she meant this in earnest!

McCarthy followed a few rules that were implemented by her trainer. Counting calories and eliminating carbs were not part of the overall strategy. The first rule was to eat foods high in fiber, which meant McCarthy snacked on fruit, vegetables, nuts, nut butters, and grains. The second rule was to keep her insulin levels low for 12 hours straight to put her body into a state of ketosis, which can result in fast weight loss.