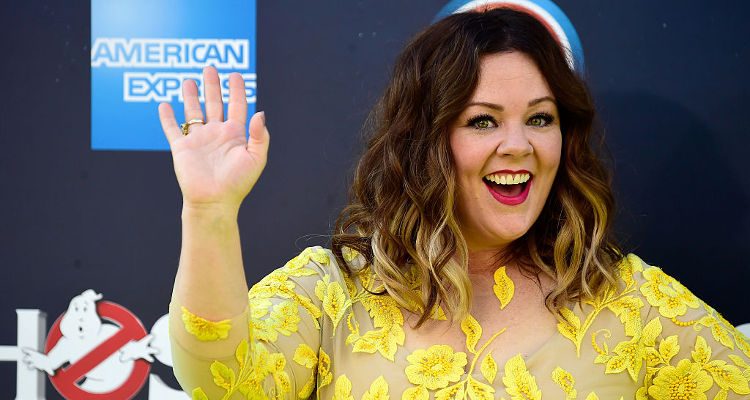 Melissa McCarthy rose to prominence as Sookie in Gilmore Girls; since then, she’s accomplished a lot. Forbes named her the second highest-paid actress in the world for 2016, with earnings of $33 million this year. She was also named the most body positive celebrity, as revealed by a poll taken by 2,000 women across the country. The poll was done by plus-size clothing retailer (and rental subscription service) Gwynnie Bee.

McCarthy will reprise her role as Sookie St. James in the upcoming series Gilmore Girls: A Year in the Life.

The actress recently displayed her new slim look on Instagram as she asked her fans to vote for Hillary Clinton in the US elections. McCarthy posed with Debby Ryan, Gillian Jacobs, Molly Gordon, and Jessie Ennis.

She looked healthy and confident while displaying her luminous skin in a pink tee.

McCarthy gained weight after she left Gilmore Girls. Her weight was a big problem and she knew it could even potentially kill her. She wanted to lose weight in a healthy way to set an example for her daughters. With a few lifestyle changes, she lost 75 lbs. and is looking forward to losing more. The Ghostbusters star once weighed over 236 pounds.

McCarthy jokes that her weight loss secret is a super-boring life where you go to bed at 7:30 p.m. That being said, going to sleep early decreases the likelihood you will head to the kitchen for a midnight snack.

Portion control and changing her eating habits were not enough to shed such a huge amount of weight; she definitely had to workout.

She hired a trainer to help design a workout regimen for her. Her trainer only makes her do exercises that she loves to do. Her workouts include a lot of high-intensity interval-training.

She starts by doing 30 minutes of martial arts and then spends 10 minutes doing the rowing machine, wall sits, jumping jacks, body weight squats, reverse crunches, and lower back extensions. She will also do 10 minutes burpees and skipping ropes to avoid getting bored. To ensure that she keeps on her weight loss journey, she has to keep moving and follow a strict exercise regimen.

McCarthy credits a low-carb diet that is also high in healthy fat and protein for her weight loss. Low-carb and high-protein diets include the Atkins, Paleo, Zone, and ketogenic diets. She ate foods high in fiber like fruits, vegetables, nuts, nut butters, and grains.

Her other method for weight loss included keeping her insulin levels low for 12 hours straight to put her body into a state of ketosis. She drank lots of water to keep her fuller throughout the day. She also started to eat clean and began avoiding junk and processed food.