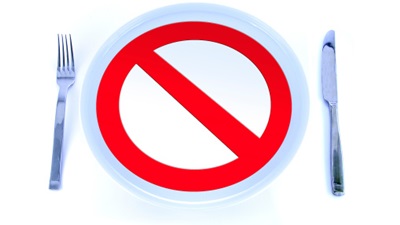 Forget just harming your health—a new study is warning that the latest genetically modified food, “super-salmon,”—will harm the ecosystem if released into the wild.

The genetically modified Atlantic salmon, awaiting approval for sale in the U.S., was developed by Canadian biotech firm AquaBounty Technologies. These genetically modified (GM) salmon can grow faster than regular salmon, reaching maturity at half the time it takes for wild salmon to grow. However, a study published this week found that if released into the wild, these super-salmon could mate with wild brown trout and produce a hybrid species, which grew even more rapidly than the GM salmon, and out-compete wild fish. These new hybrid fish grew 82% faster than GM salmon and 54% faster than wild salmon, giving them a competitive advantage, and thus taking up the food supply from other smaller, non-hybrid fish, disrupting the entire fish ecosystem.

The researchers warn that the FDA should consider the disruption these genetically modified salmon would have on the fish ecosystem—which would also affect the larger ecosystem—before approving them for human consumption.

Currently, the GM super-salmon is produced in netted, barbed-wire tanks in Panama, but the danger would be if the fish were to escape into the wild, and breed with other wild brown trout, says the study, published on Wednesday in the Proceedings of the Royal Society B.

“To the best of our knowledge, this is the first demonstration of environmental impacts of hybridization between a GM animal and a closely related species,” the researchers note.

It’s just another hurdle that AquaBounty has faced in their 18-year, $60.0 million battle to get GM salmon approved for sale in the U.S. They submitted their first application to the FDA, for a new animal drug regulation, in 1995. After going back and forth with the FDA for years, the FDA said genetically modified salmon was “safe to eat” in 2010; although it has yet to give it formal approval. The European Food Safety Authority (EFSA) is unlikely to approve the fish, since Europe has very strict laws about approving genetically modified food for human consumption.

The researchers argue that the FDA should consider the environmental effects before making their final decision, considering that these GM salmon can escape into the wild—and endanger the fish ecosystem.
“Interspecific hybridization (should) be explicitly considered when assessing the environmental consequences should transgenic animals escape to nature,” say the researchers.

But according to AquaBounty, it’s not something we need to worry about, arguing that this fish will be all-female and sterile in specific areas where they won’t be a hazard to wild fish populations. It’s yet to be seen if the fish are truly sterile once in the wild; as they’re currently being farmed in netted areas, and it’s up to the FDA now to determine if you’ll find these fish in your supermarket.