Home > Food News > Genetically Modified Omega-3s…Coming to a Store Near You? 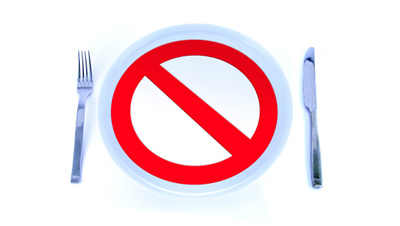 GMOs, or genetically modified organisms, are highly controversial. On one hand, there is a community that’s actively against them. They don’t trust the science, they believe they cause a number of health risks, create environmental damage, can spread disease and don’t believe natural things should be tampered with, to name a few of the GMO food dangers they list. On the other hand, there are people who don’t believe in these GMO food dangers, who support GMOs and believe they can help enhance nutrition and improve the quality of food, especially for those in the developing world.

Personally, I think both sides make good arguments. I believe that, in some instances, GMOs are quite beneficial but I also understand that their production can cause some of the problems listed above (the GMO food dangers). GMOs are created by splicing foods or organisms together in order to produce food that lasts longer, possibly offers additional nutrition, and eventually may lead to lower prices for consumers (or so the proponents of GMOs claim). In short, GMO advocates say they increase accessibility.

Recently, a group in the United Kingdom created genetically modified omega-3 fatty acids, normally found in oily fish, using plant seeds. This is an important discovery because although omega-3 fatty acids are found in plants and seeds, they are short-chain ALA fatty acids. The fatty long-chain acids exclusive to oily fish like salmon and mackerel, are DHA and EPA, which are absorbed much better by the body. In this study, the research team genetically modified the camelina plant to produce EPA and DHA fatty acids.

Because these fatty acids are only available in fish, creating genetically modified omega-3s is an interesting development since it addresses issues like environmental concerns about over-fishing, limited access to fish, and the ability of people to obtain and afford these fatty acids. The omega-3 fatty acids in fish are highly recognized to serve a number of therapeutic functions for humans, and, in my opinion, are one of the foundations of a healthy diet and lifestyle. They aid in brain function, cell regeneration, weight loss, and a number of other health benefits.

Fish oil supplements are in big demand and there is some concern that the availability of omega-3s for this use may be in short supply. Overfishing might cause potential problems, while the bulk of fish oil that’s produced ends up being used as feed for farmed fish. This is because farmed fish need to be fed supplements in order to be as healthy as wild ones.

The reality is that most people can’t afford to supplement at current prices and as resources diminish and income disparity grows, the debate over GMOs will pick up, specifically about the benefits of GMOS and the GMO food dangers.

In this case, I believe the benefits of EPA and DHA should be available to everyone, at a relatively affordable price. The health benefits of these omega-3s are too important to be held on reserve, and growing them in plants, if done so safely, can provide huge health benefits to the global population.

Would you try genetically modified omega-3s, or are you worried about GMO food dangers?