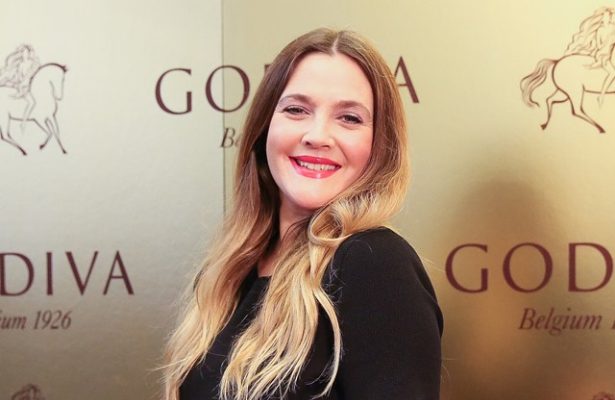 Santa Clarita Diet actress, Drew Barrymore, made an impression as she arrived at the 74th Golden Globe Awards 2017 flaunting her metallic V-neck gown created by designer, Monique Lhuillier. Barrymore shimmered like the gown she wore and has never looked so gorgeous. She served as a presenter at the annual awards show which took place at the Beverly Hilton Hotel in Beverly Hills on Sunday, January 8.

Before she hit the red carpet, Drew Barrymore Instagrammed a selfie wearing a rejuvenating face mask and captioned it, “First it’s like this #goldenglobes #kbeauty.”

She then Instagrammed another selfie after the final touches with smoky eyes. She captioned it, “And then it’s like that #goldenglobes @debraferullomakeup @hairbyjohnd @_leeharris_.” The post received over 238,000 likes and a bountiful of positive comments.

How does Drew Barrymore look so good at her age? Read on to find out.

It was not the face mask alone which made her look so stunning. The star has remarkably lost 20 pounds which makes her look younger than 41 years-old. Despite Drew Barrymore’s age, she appears to look as radiant as ever, thanks to her healthy lifestyle.

She includes wholesome and low-calorie foods in her diet. Her nutrient-dense diet consists of organic vegetables, fruits, and lean proteins like chicken and fish. Prior to 2004, Barrymore was vegan but later turned to animal proteins gain muscle.

Although she doesn’t restrict herself from indulging in her favorites, she does monitor her intake of these foods. She starts her day with orange juice and an Instagram upload saw the radiant star beside the glass of juice as she captioned it, “It’s here. And it’s beautiful. Good bright morning to you 2017!”

Barrymore doesn’t eat processed and junk foods. Instead, she consumes fruits, nuts, and seeds if hunger hits her in between meals. She also drinks green juices and water to keep her refreshed and hydrated throughout the day.

Workouts were never a part of her lifestyle few years back, but now that she is aware of the lasting benefits, she never misses working out. Her personal trainer, Kathy Kaehler, designs her workout routine with exercises like jogging, dancing, swimming, and yoga. To avoid boredom, she likes to bring diversity to her workouts.

Barrymore loves Pilates the most as it helps to keep her toned and flexible. She also loves doing cardio and other workouts that make her sweat. She runs five miles three times a week and also enjoys playing sports like golf twice a week. Her bootcamp-style workouts also helped her melt the fat and stay toned.