Home > Food News > Got Milk? Got LED Lights? Good, Now Keep Them Away From Each Other 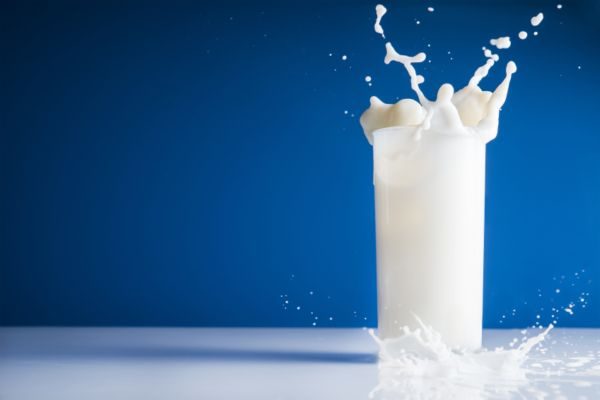 The familiar, glowing case of milk, bathed in the aura of LED lighting, is both attractive and energy-efficient. Unfortunately it may also be harming nutritional quality and consumer appeal, according to a new Cornell study.

Although it has been known for some time that sun or light exposure can affect how the nutrition and taste of milk, the exact level of impact has not seen as much research.

The Cornell study compared not only put light-shielded and unshielded milk to the consumer taste test, they also checked how different forms of freshness and microbial contamination matched up.

The study goes a fair bit into taste profiles and analysis but the central point is that exposure to LED lights affects milk taste and texture in a way that repels consumers even more than the effects of certain microbial contaminations. The fact that the light-exposed NC samples were more popular than the exposed FR samples suggests that the various free radicals and other elements released by the chemical activity were able to disperse during the storage period. The proposed explanation is that LED light has a wavelength that is just over riboflavin’s absorption maximum, suggesting a way that exposure could lead to the chemical reactions described above.

The impact of this study for consumers is that it gives the milk industry a way to better preserve the quality and nutrition of its products by making sure milk containers are better shielded from light in general but LED specifically. This is easier said than done since even opaque milk bottles can let in some light, but it’s still a worthwhile focus.