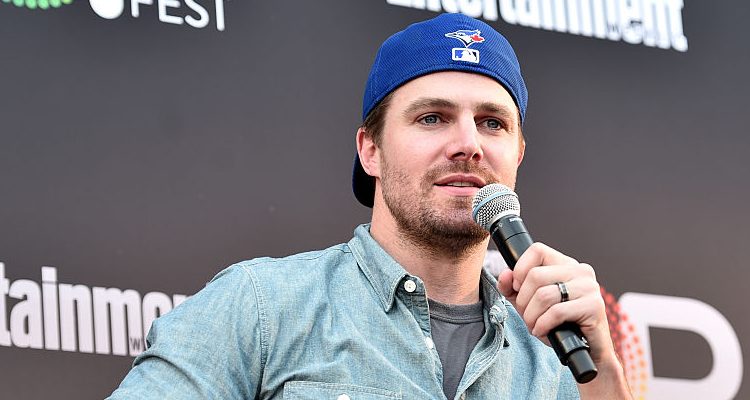 Did you know that Stephen Amell of Arrow is set for a CW crossover? Yes, in fact, the crossover will include Supergirl, The Flash, Legends of Tomorrow characters, and of course, Green Arrow. It should be pretty incredible, so be sure to tune in during the month of December. Let’s get serious for a moment. Just how good does Amell look these days? He has one of the most chiseled bodies in Hollywood, and works really hard to maintain it. Here’s a look at his diet and workout plan.

Amell is in superhero shape, there is no questioning that. His body and muscles are absolutely ripped, and they need to be, to fulfill his role as Oliver Queen on Arrow. So, how does he get into shape for the role? Well, one thing he swears by is bodyweight training. He admits that his workouts are constantly changing, and that means he doesn’t have one routine workout that he follows consistently. Instead, he likes to encourage variety and spice things up, which means he’s not a fan of working out in the gym. This variety and change helps Amell optimize the results from his workouts and keeps them fun.

Examples of bodyweight workout exercises include: box jumps, triceps push-ups, leg raises, shoulder touches, squats, lunges, sitting twists, pull-ups, and sit-ups. In fact, in one interview, Amell describes pull-ups as being his favorite and most effective exercise for results and real strength. He much prefers these types of exercises over weightlifting, which he does very little of. He believes the above-mentioned exercises are more effective for real life functionality and body health.

He also likes to add what’s known as Parkour (or Freerunning) to his workouts. Essentially, Parkour takes bodyweight workouts to a higher level by adding stunts and cardio. This is excellent for Amell, as he does all his own stunts on the show and this would allow him to practice. This kind of workout also demonstrates just how hard he trains to perform all the expectations of his character on Arrow.

Other exercises the actor swears by include arm lifts, star planks, climbers, push ups, fly steps, high knees, squats, and elbow planks. All these exercises assist Amell in bulking up, and it is clearly working very well. It is also said that he does yoga which helps him build flexibility and mobility.

Although Stephen Amell’s diet plan is unknown, it’s not a stretch to assume that he eats clean and whole foods. He likely consumes vegetables, fruits, and lean proteins. Especially while training, it’s assumed that he consumes adequate amounts of protein to ensure his muscles are growing. Since dietary fat also helps to boost testosterone, it could also be true that he consumes enough fat to have a healthy hormone balance and to keep him satiated throughout his days. He may get it from sources such as steak, avocado, and coconut oil.