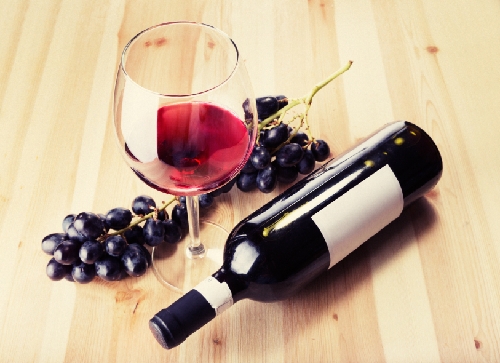 You may have heard recently that red wine and coffee have been linked to having a healthier or more diverse amount of gut bacteria.

The headlines are the result of a Dutch and Belgian study that each sought to try and narrow down various factors that could influence your intestinal microbiome.

The data is interesting and definitely has potential, but this is a very good example of putting the cart before the horse and highlights a number of pitfalls inherent to trying to understand how your intestinal bacteria influences your health.

Caveats to Keep in Mind

The data is definitely interesting and there may be some useful nuggets to be found, but unfortunately the hype around this research is not warranted. While these are both fairly large studies and the overlap in findings is a good sign, there are still a number of important reasons to remain cautious about the research.

One of the biggest issues with these findings is that the microbial levels were compared to a ton of different factors. It’s important to note that there is no denominator available when looking at the 126 factors the Dutch study found correlations to. This means it’s not currently possible to tell how many total factors were being examined.

As mentioned before in previous research discussions, every time you bring in an additional point of comparison you increase the chance of getting a false positive. The threshold of statistical significance is when calculations show a given finding has a 5% or lower chance of being the result of random luck (i.e.: a false positive). With 126 correlations found in the Dutch study (or about 116 if you go by the 92% overlap), that’s over a hundred sources of erroneous findings.

There are ways to correct for the risks of doing multiple comparisons, but there don’t seem to be signs that this was performed. This doesn’t automatically mean the studies should be tossed, but it does mean their results—even with partial corroboration—need to be taken with a significant grain of salt. Remember, both the Dutch and Belgian studies were basically taking a kitchen sink approach to finding something and science works better the more specific and precisely it operates.

While the studies did their best to maintain the integrity of the fecal samples, they only took one from each participant. This is important since microbial levels can and do fluctuate throughout the day based on a host of different factors, something that people studying over 126 possible influences should know. Taking a single “snapshot” of gut flora means nothing if you can’t verify that these levels are representative of the person’s normal levels.

This last point is less significant than the others but it bears keeping in mind. There is some overlap between the people who wrote the Dutch study and the ones who worked on the Belgian study and subsequent comparison write-up. While not an inherent problem, it’s a possible source of bias to have people with ties to the original research working on its replication.