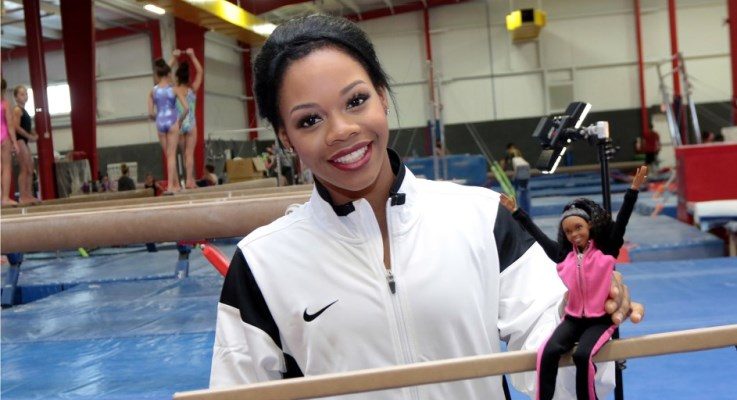 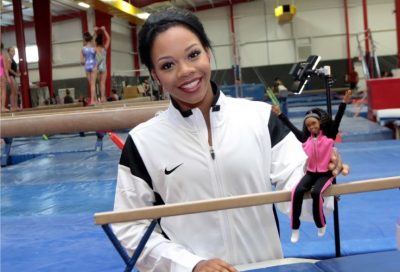 Gabby Douglas is a 20-year-old American gymnast and the first African-American woman to win the individual all-around event. I know there was some controversy over everything from her hair to her apparent lack of enthusiasm during the national anthem at Rio 2016, but hey, the girl has already got three gold medals and was in such great shape at Rio that she helped her team snag the women’s team all-around gold (but haters still gonna hate, right)? In honor of the Olympian’s achievements, let’s take a closer look at Gabby Douglas’s diet, eating habits and fitness routine. 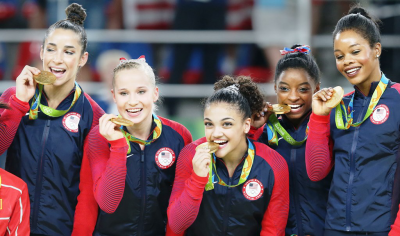 And just because she’s still bad ass…Gabby Douglas has a new action figure. 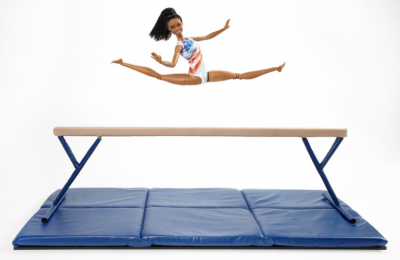 Gold winning Olympic gymnast Gabby Douglas has a brand new Barbie doll made in her likeness. The toy is part of the new “Shero” series from the brand, which is branching out to include successful women of differing shapes, sizes and ethnicities. 07/20/2016. Credit: Mattel/Splash.

But the athlete apparently also loves home cooked meals. Because Douglas admits she’s lousy at cooking, her grandmother and mother often prepare meals for her while she trains. Douglas finds healthy recipe ideas on Pinterest and then sends them to her mom and grandma so they can make them for her. One of Gabby Douglas’s favorite (healthy) home cooked meals is mashed potatoes with a side of asparagus (it apparently gives her energy). 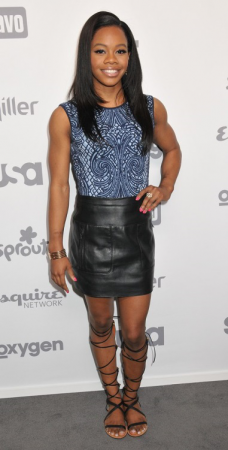 When training, Douglas is very strict with her diet, and for the most part chooses to avoid sweets, such as cookies and cakes. She does allow herself one cheat day, but she doesn’t go overboard.

Now that her stint at Rio is over, Gabby Douglas’s food diary might include more indulgent foods. Douglas apparently enjoys pizza, homemade apple pie, and chocolate cake with a scoop of vanilla-bean ice cream. Her fav drinks include Sprite, Mountain Dew, and lemonade; sometimes she even mixes Sprite and lemonade together.

If you want to follow Gabby Douglas’s diet, try creating a food diary to keep track of what you eat. Limit your sugar intake and make sure your diet consists of tons of vegetables, lean protein (i.e. chicken and fish), and some carbs, such as sweet potatoes.

Just don’t forget to indulge every once in a while.