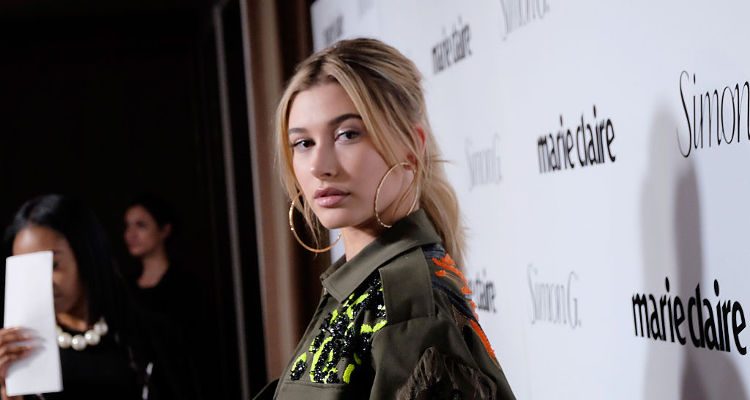 Do you know who’s really excited for Halloween this year? Hailey Baldwin, Justin Bieber’s ex. The 19-year-old model posted to Twitter to share her excitement about the upcoming festivity. Although she did not disclose what she plans on dressing up as, Baldwin seems to like the hippie look, as she stepped out in Paris, France, on Oct. 3 looking really “groovy.”

Whatever she decides as her Halloween costume, Baldwin is sure to look stunning. She’s been working really hard on her fitness, and her body looks incredible – lean, sculpted and toned. If you want to know what she does to stay fit, read below.

Hailey Baldwin is proving she is much more than a model in her newest campaign. Fans know one thing about Baldwin: She knows how to walk the catwalk and strike a pose, and she makes it look effortless. However, since Baldwin became the face of a new active wear collection designed and created by Prabal Gurung, she is proving to the world that she is super sporty and fit, too.

The new line is collaboration between Gurung and the sports store, Bandier. If you take a look at their new video ad, you’ll see Baldwin looking absolutely amazing as she ventures out and about in the city and shows off how great of a dancer and tennis player she is. The model even does some pull-ups in the ad.

Overall, it really shows that Baldwin can rock her workout gear, shoot a few hoops, and get active! The ad was shot in New York City by Vogue.com.

So what exercises did Baldwin do in the ad? Well, for starters, she did a bit of dancing. Baldwin was a ballerina in her youth (since the age of five) so the video really showcased her impressive moves and flexibility. She looked so graceful while having fun at the same time. The whole routine was choreographed by dancer and fitness artist Nicole Winhoffer. It’s likely that since she’s been a dancer from youth, Baldwin tries to get in some dance workouts to stay fit.

In the ad, Baldwin is also seen stretching on a yoga mat, so it’s not a stretch to assume that yoga may be a part of her fitness regimen. It’s such a fantastic workout to help with flexibility, breathing and relaxation. While doing this, Baldwin wore some pieces from the collection, including the Kaleidoscope Print Performance Bra and the Capri Leggings. She also hits up the tennis and basketball courts, which is great cardio. Baldwin is an athletic girl!

On one of her most recent Instagram posts, Hailey Baldwin is seen doing some pretty impressive balancing exercises; but she makes it look easy.

This is a great way for Baldwin to improve (obviously) balance as well as coordination in all she does. She is a force to be reckoned with when it comes to fitness, and fans will get to see just how great she looks on Halloween – stay tuned.