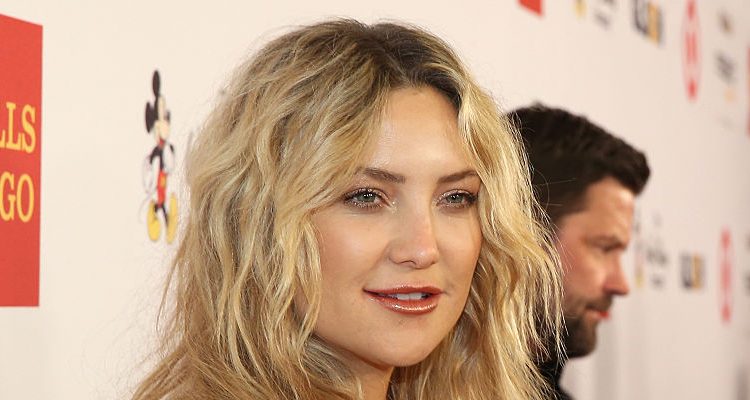 Halloween 2016 is less than a week away, but many celebs have been partying early. Mariah Carey‘s Halloween party was this past Saturday. The songstress wore a deep plunging, cleavage-baring red devil costume with a corset. She posed with her ex Nick Cannon and their twins, Monroe and Moroccan. Cannon and son Moroccan wore Mario and Luigi costumes, whereas daughter Monroe went as Rapunzel from Tangled. Kate Hudson posted a picture on Instagram of carvings that were done in her household this past Sunday.

Singer Ciara took her son Future to a pumpkin patch in Washington where he got to pet animals in the petting zoo.

The Goat Was Being Cool Here… Shortly After He Was Trying To Eat My Baby's Jacket! ?… Too much fun #PumpkinPatch ?

Halloween can be a lot of fun if you get into the spirit. The day’s origins date back to the ancient Celtic festival of Samhain, which was their new year celebration and began on November 1. The day marked the end of summer and harvest, and the beginning of winter, which was often associated with human death. The Celts believed that on October 31, the boundary between the living and the dead became one and essentially blurred, and the ghosts of the dead returned to earth.

For the event, the Celts, also known as Druids, built massive bonfires that they gathered around to burn crops and animals as sacrifices to the gods. They wore costumes at the event, and that is why we dress up today.

Pumpkin carvings are great to have on display for trick or treaters. Having one or more actually helps people know that you’re dishing out candy. One quarter of all the candy sold every year in the U.S. is purchased for Halloween alone.

Making homemade food and candy for Halloween is a nice touch if time is on your side. A quick and delicious idea is to makes some caramel apples. The crunchy sweet and possibly tart taste of the apple goes so well with a smooth, creamy caramel.

Buy as many apples as you want to make caramel apples. Place a package of unwrapped caramels in a bowl with about two tablespoons of milk and melt in the microwave. When cooled for a bit, roll apples that have a popsicle stick through the center in the caramel and then place on a cookie sheet lined with parchment. Cool and then enjoy.