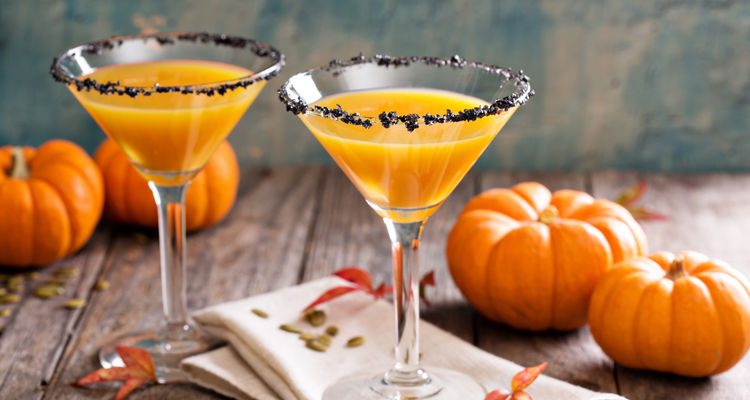 Halloween 2016 is just around the corner, and if you’re not a kid going door-to-door for some Halloween treats, then you will probably want to know where to eat and drink during this haunted time. For those in LA or Seattle, there are many Halloween special restaurants to check out that are offering Halloween meals, Halloween drinks, and Halloween dinner.

So if you want to celebrate the season with some Halloween-inspired menus, read on to find the top 10 places to eat and drink this Halloween in LA and Seattle.

1. E.P & L.P “Stranger Things” Halloween Weekender: This rooftop bar and patio located in West Hollywood will be throwing a Stranger Things-themed Halloween weekend party. Enjoy playing Ouija board, listen to ‘80s music, and drink ‘80s-inspired neon-colored cocktails while you take in the view of the city.

2. ACME Crawloween: Four of ACME’s bars will throw their own unique Halloween parties – dressing up is a must! Enjoy $5 spiked punch and $7 cocktails at Sixth Street Tavern, Spring St. Bar, Beelman’s Pub, and Library Bar. Themes range from witches, to the day of the dead, a wayback feel with a ‘90s theme party along with an Alice in Wonderland-themed party.

4. Scary delicious: Wine and bug pairing: If you’re feeling adventurous, why not learn how to pair your favorite wines with bugs. The event is being held at the West Hollywood V Wine Room where you can sample mealworms, scorpions, and ants. Ticket price is $60 and proceeds go to the Little Herds foundation, which educates people on the benefits of eating bugs.

5. A Night of 100 Pee-Wees Halloween Party at MiniBar: Can’t decide what to dress up as? Why not take note from Hollywood’s MiniBar, which is asking patrons to come dressed as Pee-Wee Herman. The party starts at 5 p.m., and there will be Pee-Wee-themed beverages. Tickets for the event go for $10 and can be purchased online.

6. Halloween at Smorgasburg, LA: This outdoor market will be hosting numerous booths where you can come and sample food from all over. Costumes are recommended and children are welcomed to trick-or-treat. A costume contest will also be available for adults over at the beer garden.

7. Redhook Haunted Brewery Bash: The Seattle-based two-storey pub will transform into a haunted brewery and will often specialty beers and bourbon. Tickets are $15 and a costume contest will also be held during the festivities.

8. Hula Hula and Tiny Bigs Halloween Party: Hula Hula will offer karaoke throughout the day, and beginning at 9 p.m., both bars will open to host a costume contest. You’ll be sure to want to have the best costume because the grand prize is tickets to see Janet Jackson.

9. Mighty-O’s Superhero-themed Opening: A new location of the vegan donut shop is opening on Halloween and so if you dress up as a superhero you can score yourself some free mini donuts – talk about a Halloween treat.

10. Mazcaleria Oaxaca Dia De Muertos Party: The day of the dead will be celebrated with new fall and winter-themed drinks made form Poblano peppers, lime juice, pineapple juice, and chipotle-infused agave syrup. You will find Latin music and specialty-priced drinks to keep you moving all-night long.

If you’re in the LA or Seattle areas this Halloween weekend, make sure you check out some of these parties and festivities listed above. These are just some of the events going on in LA and Seattle; trust us, there’s way more to keep your Halloween going non-stop.