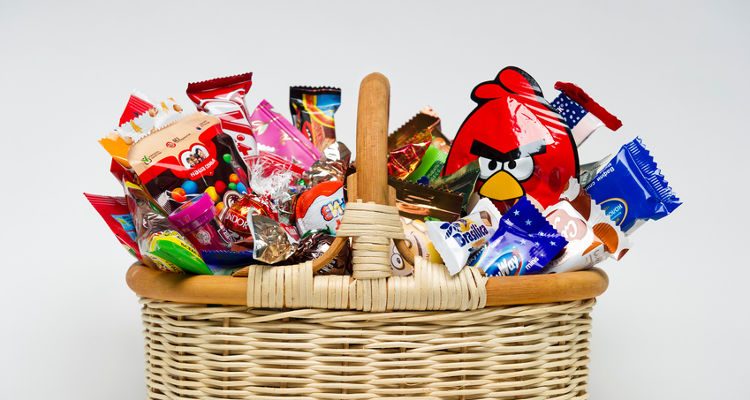 We have a few Halloween party ideas for adults. How would you like to prepares some easy but delicious recipes in just minutes? To make your Halloween celebration more special, we have some super quick Halloween food ideas for you.

Here are some easy recipes that will surely get you lots of praises.

Preheat oven to 425 degrees Fahrenheit. Put pumpkin purée, salt, spices, and sweetened condensed milk in a sauce-pan over a medium flame. Mix it and then turn off the heat. Cool for a minute and whisk in the eggs, set aside.

Unroll one pie crust into the bottom of an 8″ pie plate and cover it with pumpkin filling. Top it with the caramel sauce.
Cover pie with remaining pie crust and with a toothpick sketch Jack Skellington’s face, and cut out the design with a knife.

Bake for 15 minutes, then reduce the oven temperature to 350 degrees Fahrenheit. Cover the pie with aluminum foil to avoid the pie getting burnt. Bake for another 40 minutes. Serve after it cools.

Preheat oven to 350 degrees Fahrenheit. Grease a 9”x13” baking pan with cooking spray. Mix the ingredients and bake the brownie by referring to the instructions on the pack. Let it cool to room temperature, then cut into squares.

Microwave marshmallows until they melt, which takes about 30 seconds. With a fork, stir them and mix. Cool it. Using two forks, stretch about a tablespoon of the melted marshmallow into a thin strand and drape over the brownies to create a cob web. Repeat for the other pieces too.

Place a single layer of kettle corn on a parchment-lined baking sheet and mix pretzels in the same layer. Put melted chocolates in piping bag and drizzle over the kettle corn and pretzels to cover majority of the mix.

Top with candy corn and M&Ms and drizzle with melted white chocolate. Refrigerate until chocolate is firm for about 20 minutes. Break into pieces and serve.

Boil the eggs and carefully peel them. Halve eggs lengthwise. Scoop out the yolk and keep the whites aside. Mash the yolks with a fork and add mayonnaise, lemon juice, and Dijon. Season with salt and pepper.

Spoon mixture evenly among egg whites and smooth top. Sprinkle paprika all over yolk mixture, completely covering yolk with a sharp paring knife make ridges down the paprika-dusted yolk to look like a pumpkin.