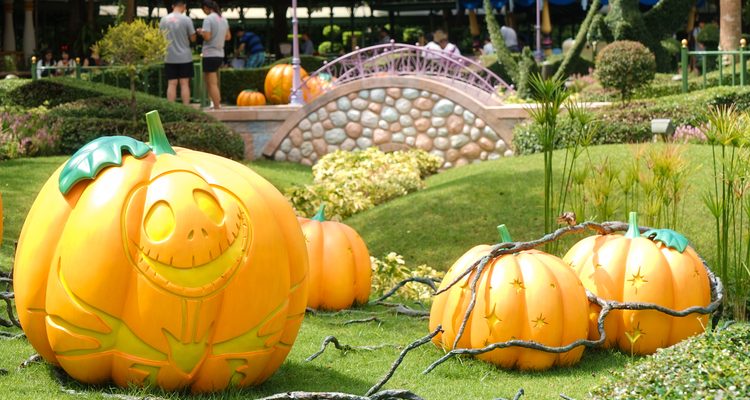 In the United States, Halloween is a big deal. A week after Halloween is the upcoming U.S. Election, which takes place Tuesday, Nov. 8. Hillary Clinton is currently leading the polls over Donald Trump. Halloween 2016 will likely feature popular Halloween costumes of presidential candidates Hillary Clinton and Donald Trump. However, Americans are also lovingly carving the candidates in pumpkin form. Trump pumpkins, aka “Trumpkins,” seem to have the popularity edge over the Hillary pumpkins.

Presidential candidate jack-o’-lanterns are sweeping the nation on social media. With all the madness surrounding the election, people are seemingly trying to add some humor to the mix. Hugh McMahon has been carving pumpkins for 40 years, and will carve presidential candidate pumpkins every election. He carved his first presidential pumpkin in 1976 with the likeness of Ronald Reagan. McMahon carved Barack Obama and John McCain pumpkins eight years ago for the 2008 election.

McMahon first carved Hillary when she was the First Lady, and has carved about six Trumpkins since he first stood for the Republican nomination. McMahon prefers the Trump pumpkins to the Hillary pumpkins because Trump is already orange, and therefore he is the better person to carve. The following are some tips from McMahon for carving a presidential pumpkin:

Alex Wer, aka “The Pumpkin Geek,” is another presidential pumpkin carver who created Trump and Hillary pumpkins for a New Jersey haunted house. He uses artificial pumpkins, and the process takes about three hours. First, he’ll find a flattering picture of the candidates. Then he’ll make a pattern from the photos, put it on the pumpkin, and carve it. Here is Alex Wer’s Trumpkins and Hillary pumpkins:

The small growing community of presidential candidate carvers have invented the term “Trumpkin” to describe their pumpkin replicas of the Republican nominee. Here is a quick look at a few presidential pumpkins:

The best catchy nickname for the Hillary Clinton pumpkins is “Howl-ary Clinton” jack-o’-lanterns. There are still several Hillary pumpkins being shared on social media:

Other Weird and Inappropriate Pumpkins

Want to create your own weird pumpkin for Halloween? There are several inappropriate pumpkins you can also make, including oozing pumpkins. All you need for this pumpkin project is dish soap, water, food coloring, vinegar, and baking soda. Those are the same ingredients you would use for a science fair volcano. This way your pumpkin will appear to ooze slime or puke.

Enjoy Halloween, and no matter who wins the upcoming election at least you can be entertained with your Trumpkins and Hillary pumpkins. Now that’s scary!