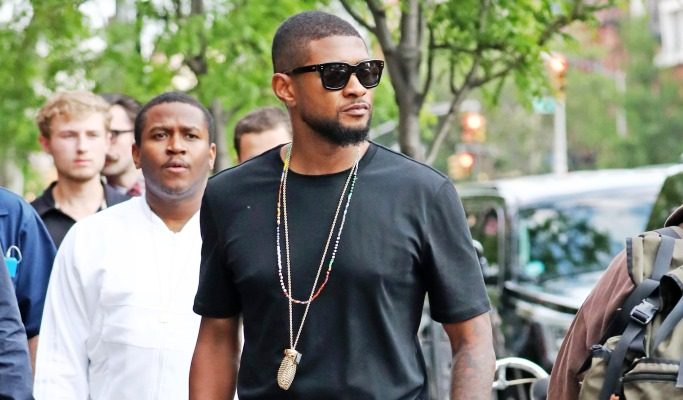 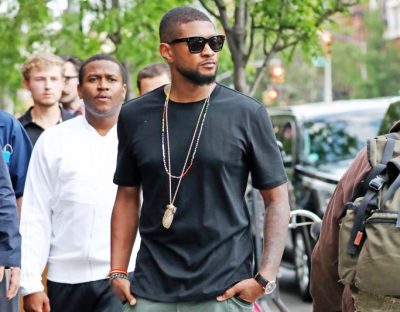 Usher Raymond IV is best known for making massive hits as singer and songwriter Usher. Hands of Stone introduced the mega star to hits of a different type. The 37-year-old burgeoning actor admittedly had to take a few as he trained for the role of legendary boxer Sugar Ray Leonard in the highly anticipated boxing drama. Leading up to the film’s release, Usher talks about his Hands of Stone workout.

Usher says he had to get into the ring and fight to transform into the championship fighter. Usher actually impressed 60-year-old Leonard during training sessions. Leonard worked with Usher for several months, watching the actor jump rope and hit the speed bag and says the “No Limit” singer captured the unique rhythm and mentality of a fighter.

What are Usher’s fitness tips? The actor says you can play basketball, baseball, golf, or any other sport; however, you can’t play boxing, and you have to do boxing. As a result, Usher’s fitness routine had to be on top of its game.

Usher trained for two years at Decatur Boxing Club, which is outside of Atlanta, Georgia. Owner Xavier Biggs says Usher would spare at the boxing club two hours a day for six days a week. Biggs says Usher has gotten so good that the actor can hang with the professional boxers.

Usher is also known for his rock hard midsection. In fact, Usher Raymond’s abs are on full display at every opportunity.

What is Usher Raymond’s abs workout? The eight-time Grammy award winner attributes both his strict diet and regular workouts to his chiseled physique.

Usher’s six-pack is the result of various exercises, including a cardio workout, squats, crunches, strength training, cycling, yoga, and Pilates. Usher has also had the guidance of personal trainer Cliff Boyce, who does not support intense workouts while eating junk food. Usher also gets massages to enhance blood circulation in the body and practices meditation for 20 minutes each day.

What about Usher’s diet? After losing his father in 2008 to a cardiac attack, Usher became extra conscious of his diet, and limited his carb intake. He also followed a vegan diet for a short time, avoiding eggs and dairy while incorporating lots of vegetables, oatmeal, and other non-dairy products into his diet.

Usher easily bonded with co-star Edgar Ramirez, who played Panamanian boxer Roberto Durán in the film. Usher and Ramirez connected about their diets and workout routines. Ramirez suggested the Paleo diet, which is a type of low-carb, high-protein diet.

The two also faced the incredible task of fighting exactly like their legendary counterparts. All the on-screen fights were carefully choreographed to be identical the real life matches.

Hands of Stone follows the life of Durán, who defeated Leonard in June 1980 to win the WBC welterweight boxing title. He famously lost the November rematch, retreating to his corner with the words, “No más” or no more.