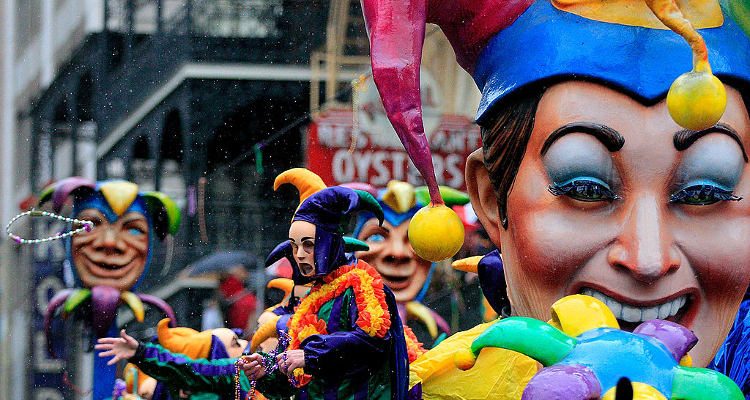 Circle Tuesday, February 28 on your calendar because it’s Mardi Gras 2017, also known as Fat Tuesday 2017 or Pancake Day 2017. Mardi Gras is the last day of carnival season. It comes before Ash Wednesday and marks the onset of Lent—a 40-day period of fasting before Easter.

Mardi Gras is celebrated with pompous festivity in many cities across the world, especially in New Orleans, U.S. People partake in parades on the street and masked balls, and revel with good food and wine. Mardi Gras celebrations are grand and lively since it’s the last day of carnival season, before people settle down for Easter fasting.

And there you have it folks, 10 fun facts about Mardi Gras. So, be sure to celebrate this annual religious festivity with your family and friends. Sprint to the nearest krewe on Tuesday, February 28, wear a mask, and laissez les bons temps rouler (let the good times roll)!