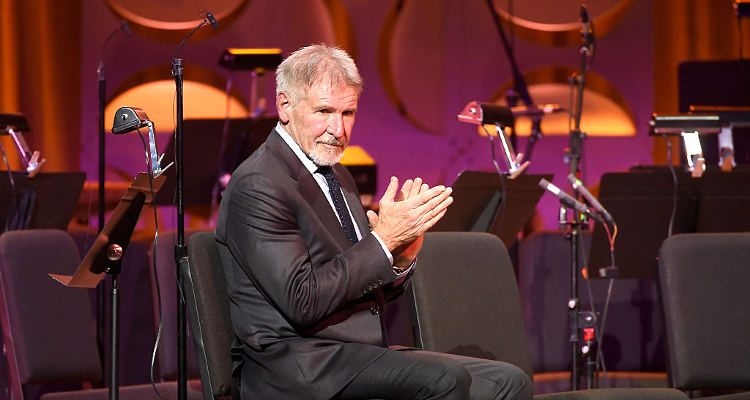 Harrison Ford and Ryan Gosling are starring together in the upcoming sequel to the cult classic Blade Runner, of which Ford was the lead star.

Many fans are highly anticipating this next chapter of the hit ‘80s movie. If it goes down in pop culture history as well as the first, it will be a definite legacy for Canadian born Gosling.

In the January issue of GQ, Gosling recounts an unusual encounter with Harrison Ford, whom he admires very much. While they were filming a fight scene for the movie, Blade Runner 2049, Ford accidentally punched him in the face.

Of the incident, Gosling, 36, says “It was kind of, you know, a rite of passage. We were just doing a fight scene and, you know, it just happened.”

Apparently, the funnier part of the story is when they rushed over ice for Gosling’s face and Ford pushed him out of the way and stuck his fist in the ice. Gosling says Ford did apologize for the incident in his own way though.

“He came by afterward with this bottle of scotch, and I thought, ‘Oh, I knew this was coming.’ And he pulled out a glass from his pocket, poured me a glass, and walked away with the rest of the bottle.”

Director Denis Villeneuve helped Gosling see the positive to the incident and odd apology. Gosling says “[Villeneuve] came up to me and said, ‘Look at it this way – you just got hit by Indiana Jones.’ ”

How Harrison Ford is Getting in Shape at 74

At his age, getting a defined physique is a lot tougher to do than at, say, 32.

His role for the Blade Runner sequel requires he be in fighting form; so the actor has had to take on a more aggressive workout routine, particularly focusing on an upper body workout and lower body workout.

From the get-go, Harrison Ford made it clear that he would be doing his own stunts for the movie, feeling young enough to handle it and possibly stubborn enough, too, if the media has captured the extent of his personality correctly.

His last action-packed movie at this level was Indiana Jones over 18 years ago.

The first order of business to get ready was to fuel up on a high-protein diet. Protein is key in muscle development. Below is an example of the grueling workout regimen Ford subjected himself to for his upcoming role in the new Blade Runner movie.

Harrison Ford may be doing his own intense workouts, but he has a competitor in hunky Ryan Gosling, who has made being fit a part of his lifestyle, and it definitely shows.

Gosling works out regularly for two hours per session much of the time. He works with celebrity trainer Kui Puk occasionally, who does boxing and Muay Thai with The La La Land actor.

Kui Puk talked with Life & Style about the workout and diet he prepared for Gosling back in 2012. “Ryan’s disciplined,” he said, “and enthusiastic, and above all, he loves his training.”

The movie will hit theaters October 2017.