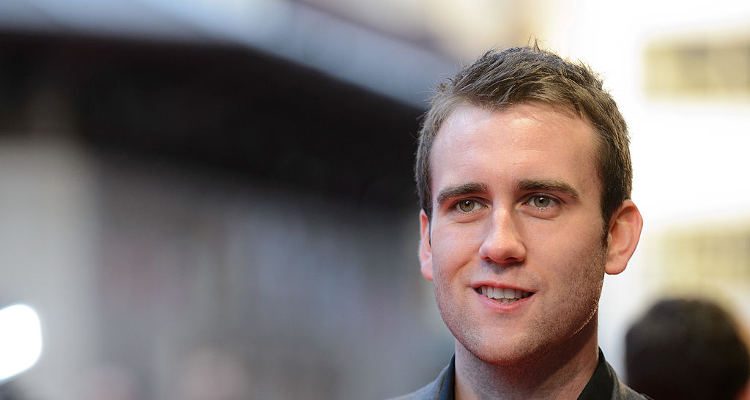 Look at Neville Longbottom now ladies! Matthew Lewis is best known for his role as Neville Longbottom in the Harry Potter series. The 27-year-old English actor is now engaged to girlfriend Angela Jones, who is an event manager at Universal Studios.

Lewis stepped up his romance game by getting down on one knee in front of the Eiffel Tower in Paris, France. Lewis reportedly popped the question back in November, but the couple confirmed the news on Saturday, Dec. 10.

The couple met at a Wizarding World of Harry Potter event in Orlando, Florida in January, and they began dating in July after Jones divorced her first husband. Lewis would have never met his wife if he hadn’t played the Harry Potter character Neville Longbottom.

However, Lewis isn’t the same awkward and chubby cute kid he was at Hogwarts School of Witchcraft and Wizardry. Lewis has had post-Harry Potter success. He has appeared in TV shows Bluestone 42 and Riper Street, and the movie Me Before You (2016).

Matthew Lewis’s successful transition from Harry Potter actor to other major acting roles is partly due to his body transformation. Lewis says he’s only come into the fitness world over the past couple of years where he began training for a film, and managed to get down to around 9.4% body fat. Let’s take a brief look at how Matthew Lewis, aka Neville Longbottom, has gone from chubby wizard to fit hunk in a matter of years with a new diet and exercise regimen.

Lewis is not a fan of running or cardio, but he has run a couple of half-marathons and some trails through the South African mountains. Lewis also admittedly convinced his parents to build a home gym with mirrors, punching bags, rowers, bench presses, and a treadmill. But, at 15-years-old, he had used it only a few times.

Matthew Lewis has looked quite ripped the past couple of years, and definitely surprised Harry Potter fans when he graced the cover of Attitude magazine, appearing with a buff physique and a set of perfect abs.

I’m sure everyone is curious how Lewis went from Potter nerd to bulky hunk? What changed for Matthew Lewis from his days neglecting the home gym? Well, Lewis hired a personal trainer and began a grueling exercise regime. Lewis is also a major rugby fan, and when he used to live in Leeds, he trained with the Leeds Rhinos rugby team a couple of times during a gym workout. One of the players spotted Lewis strength training on the bench press, and he put on a large amount of weight. Luckily, Lewis didn’t embarrass himself and managed to do a couple of reps.

What is Matthew Lewis’ Diet Plan?

What about Matthew Lewis’s diet plan? Overall, Matthew Lewis eats pretty well and limits his alcohol intake. He first started limiting his drinking by having a gin and tonic instead of a pint of lager on most days, unless it was sunny out. Unhealthy food was sometimes Lewis’s worst fitness enemy. However, Lewis was required to eat a healthy diet to change his physique, and to do so, he had to cut out carbs, sugar, and finally, alcohol.

Matthew Lewis is now engaged to Angela Jones. That is good news for Lewis and bad news for all those single ladies out there. Lewis has transformed his look with a healthy diet and strict workout plan that has made his transition from the Harry Potter franchise look easy.