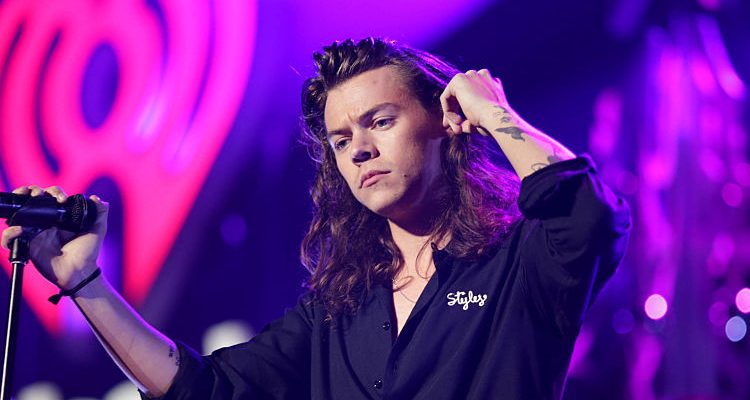 Harry Styles is making his acting debut in Christopher Nolan’s upcoming film Dunkirk. The former One Direction band mate of had to bulk up and train intensively in order to perform in the war epic film.

In the film, Styles’ character, along with other British, Canadian, Belgium, and French soldiers, is surrounded by the Germans. In the trailer released for the film, you see Styles’ character drowning, which indicates that his role in the film was quite physical.

Although the film isn’t expected to premiere until next summer, fans of the singer-turned-actor are already counting down to see Styles in the film. Furthermore, there is much buzz around the movie for possible Oscar nominations.

Styles has a busy year ahead of him. Rumors suggest that he wants to come out with a solo album as well as start his own record label. From recording in the studio to acting on the big screen, it may be difficult to maintain a healthy lifestyle, yet Styles seems to keep up with his two-a-day workouts along with healthy eating habits.

To bulk up, Styles has obtained the help of trainers Mark Jarvis and Jimmy Wallhead in the past. Styles is quite dedicated to his workouts, and it’s been said that he wakes up at 2 a.m. to get in a workout. Generally, Styles will workout twice a day, which can involve boxing along with upper-body workouts.

Styles has admitted that, after his workouts, he will often take a dip in ice cold water as a method to ease his sore muscles. Furthermore, to obtain greater results from his workouts, Styles adheres to healthy eating habits that omit junk food.

With such a small waist – a reported 26 inches – Styles has said he eats plenty of protein and practices Pilates. Furthermore, he has said he drinks something called “bullet coffee,” which is black coffee with butter and coconut oil. He suggests that the beverage not only keeps him alert, but also holds him over until lunch, which is his first meal of the day.

The type of training Jarvis puts Styles through is a combination of MMA-style workouts and mixed martial arts. As a result, Styles has managed to bulk up his arms while maintaining his chiseled abs.

Styles spoke out about his diet at the Glam Rock Christmas Party by saying, “I’m on the wagon for fitness reasons. I work out really hard and the quickest way to see results is to cut out the booze – especially wine and beer. Ice cream is off limits too I love it so much.”

Clearly Harry Styles is dedicated to living as healthy a lifestyle as possible, even if that means eliminating frozen treats and alcohol— all in the name of fitness, we suppose.

Although the workout and training for his role in Dunkirk is unclear, we suspect that Styles really amped up his fitness routine to be able to pull off the stunts in the film and portray a war soldier.