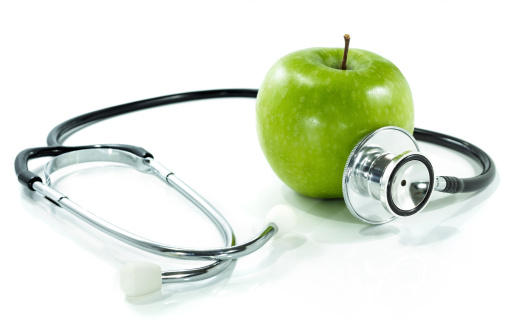 High blood pressure or hypertension is one of the leading causes of stroke, heart attack, kidney disease and blindness. It is a most common disease which is also associated with the aging process and does not have any specific pattern of symptoms.

There are a lot of treatment options available for high blood pressure, including many types of drug and lifestyle intervention. And, amongst all these treatments, a healthy diet has received quite a good attention in the recent period.

There are numerous different diets that can play an important role in lowering high blood pressure. The DASH (dietary approaches to stop hypertension) diet which has been formerly recommended is a low-sodium, low-fat, diet designed to reduce high blood pressure. This diet promotes a higher consumption of whole grains, poultry, fish, dairy products and vegetables and less fats, red meat, sugar and oils.

Some other diets that promote the consumption of plant-based foods are supposed to be the finest type of diet for individuals with high blood pressure. A diet which is higher in fat but lower in carbohydrates makes up a healthy meal that can significantly help you lower or control your blood pressure.

Include Walnut Oil in Your Diet

A diet rich in walnuts and walnut oil may prepare the body to deal better with stress, according to U.S. researchers. They looked at how these foods, which contain polyunsaturated fats, influence blood pressure at rest and under stress.

Previous studies have shown that omega-3 fatty acids — like the alpha linolenic acid found in walnuts and flax seeds — could reduce LDL cholesterol or bad cholesterol.

Now, it is known that people whose bodies have exaggerated responses to stress are at higher risk of heart disease. The new study’s goal: to see if omega-3 fatty acid from plants would deflect the heart’s responses to stress. To find out, they studied 22 healthy adults with high LDL cholesterol.

Researchers found that including walnuts and walnut oil in the diet lowered both resting blood pressure and blood pressure responses to stress. The stressors in the study were delivering a speech or immersing a foot in cold water. Notably, adding flax seed oil to the walnut diet did not further lower blood pressure.

If you’re not already cooking with olive oil, even more compelling evidence has emerged that you should be. A recent study from Spain has found that olive oil could help lower blood pressure and stave off hypertension.

Hypertension, as is widely known, is a primary component in the development of heart disease. And, heart disease is the No. 1 killer in the U.S. and Canada. While many people take prescription drugs to help control their blood pressure, olive oil is one of the many healing foods that could help fight hypertension naturally.

In the Spanish study, researchers noted that olive oil polyphenols have been associated with several cardiovascular health benefits. This prompted them to examine the influence of a polyphenol-rich olive oil on blood pressure and endothelial function—the elasticity of the blood vessels.

The research team recruited 24 otherwise healthy young women with high-to-normal blood pressure, or what they called “stage 1 essential hypertension.” After a run-in period of four months, two diets were assigned to the participants: one with polyphenol-rich (about 30 milligrams per day) olive oil; the other with polyphenol-free olive oil. Each dietary period lasted two months with a four-week washout between diets.

The researchers concluded that the consumption of a diet containing polyphenol-rich olive oil can reduce blood pressure naturally and improve endothelial function in people with hypertension.