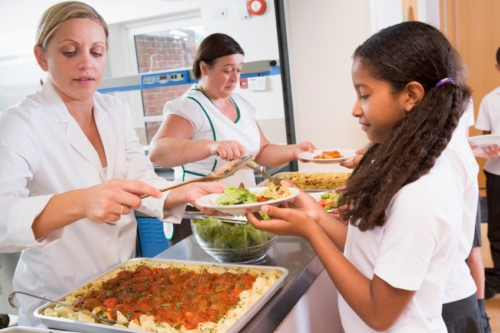 Healthy meals and school lunches are being looked at in a lot more detail.

The CDC’s most recent issue of the journal Preventing Chronic Diseases contains a study measuring healthy meals in school lunches from 2006 through to 2014.

It found a marked increase in healthy items and a consistent decline in certain unhealthy ones, which will come as a sign of encouragement to anyone worried about childhood health or obesity. Unfortunately, celebration will need to be restrained since the study’s inherent limitations and some questionable approaches in methodology make it hard to gauge the actual impact of these trends.

The Healthy Meals Study: In Brief

The salad discrepancy resulted in a closer look by the researchers. They found that the rates of premade salads being offered did not change much, aside from a roughly 10% drop in the Midwest and slight (5%) increase in the Northeast and South. However, the rate of salad bars rose across the board during this same period, with the biggest increase in the South (a little over 20% increase). When parsing for socioeconomic status (SES) and racial makeup, low SES schools had lower access to salad compared to mid-to-high SES schools.

As described in the methodology, there were some issues with the data that may cloud the exact frequency of how often the healthy items are actually offered. The surveys used values like “some days, most days, every day, never, and rarely” and some values saw the some/most/every responses combined to create the final percentages. The imprecise nature of these statements and the merging make it hard to know just how frequently or infrequently the healthy items were offered beyond the fact that the rate definitely did go up.

Unable To Determine Impact on Children

Since the study did not look at a-la-carte school lunches, it can’t attempt to estimate how much of what students are given was actually consumed. However, this is a matter for another study to deal with. For now, these schools should be congratulated for their improvements in making healthy options available to growing minds and bodies.