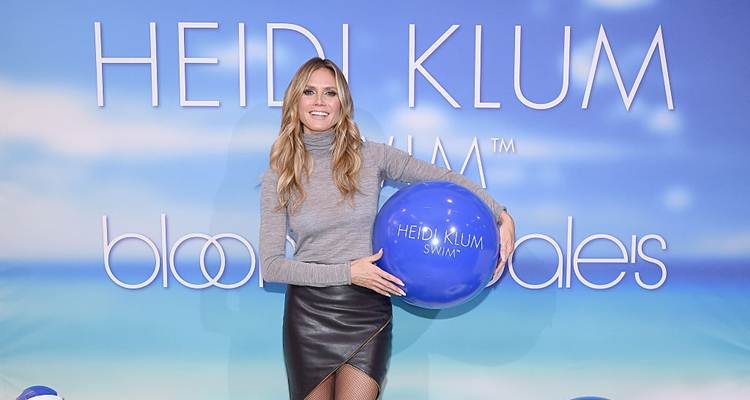 Heidi Klum from Project Runway is not only a mom and entrepreneur, but she’s also super fit and radiant. Many wonders how the 43-year-old model still manages to look years younger than she is.

Not only is her body super fit, but Klum always seems to keep a positive and playful attitude towards life and her work. One of the ways she keeps her stellar physique is by doing cardio. Here is a more detailed look into her workout regimen.

Klum has seen her figure fluctuate over the years since she has had four children. However, Klum has really learned to embrace the fluctuations in her figure and “roll with it.” She knows what it’s like to birth four children and to breastfeed, and that can change a woman’s body considerably.

However, her refreshing outlook is that she loves her body in the end, because Klum believes that it doesn’t matter what others think about her body—all that’s important is how she feels about herself.

Klum is certainly an advocate for body positivity and self-love. She believes in working and owning her figure, and she looks effortless while doing so. It’s also refreshing that someone like Klum has such a grounded and realistic view on her body, especially being exposed to much of the image-oriented culture of Hollywood.

She has shared that she comfortable in her own skin and comfortable with aging as well. She is not the kind of celebrity that has anxiety about aging, and that’s pretty cool.

Klum stays in shape by just being a mother, which she says is a “workout in itself.” She doesn’t follow a strict workout regimen, but instead likes to spend loads of time with her family while they engage in outdoor activities that help them all stay active and healthy without forcing exercise.

Although the exact activities are unknown, it’s not a stretch to assume that Klum and her family may enjoy outdoor walks, going to the park, and playing sports.

Klum admits that she doesn’t have much time for a daily workout due to balancing her own work along with her children’s schedules. Although her exercise time is not a traditional routine, she still likes to do things like jump on the trampoline, go bike riding, and go hiking with the dogs with her family.

She especially prefers this because it’s fun and serves as bonding time with the family—it doesn’t feel like a chore, which going to the gym can sometimes feel like.

Klum’s biggest motivator for fitness is her family, and that is what keeps her on track all the time. She wants to be in the best health possible for them and it is “the big picture” that motivates her to eat right and live a better and healthier life.

Klum has worked with personal trainer, David Kirsch, in the past (when she used to do more traditional workouts). Her diet plan consists of healthy eating; mostly nutritious veggies and fruits, as well as quality lean protein choices. She also loves homemade German foods.

She stays away from processed and junk foods and doesn’t like bagels—in fact, Klum describes them as a cardboard box. She likes to drink healthy smoothies in the morning as a substitute for high carb and empty calories like bagels and other breads and sweets.