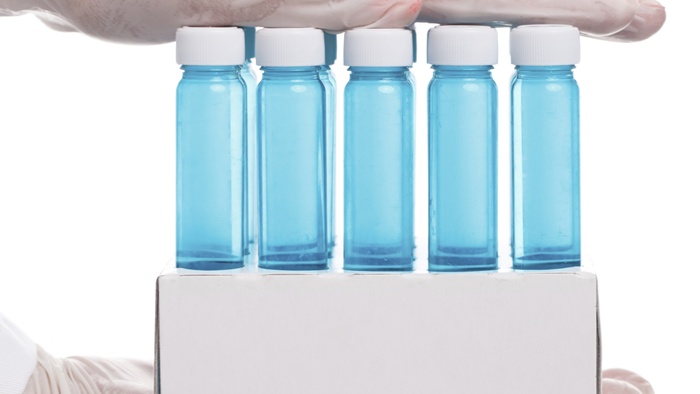 Here’s a good, hard look at what’s on our plates today, and why the powers that be are profiting from our bad habit—our addiction to processed food.

Americans are eating far too much of it, and the younger generations are paying the price. Kids, from toddlers on up, are consuming more processed foods than ever before, foods like macaroni and cheese, frozen dinners, breakfast cereals, energy drinks, energy bars, frozen entrees, salty or sweet snacks, soda, fruit drinks and fast foods.

These foods can have large amounts of altered fats like trans fat and trans fatty acid, hydrogenated oils, sodium and saturated fat. One of the worst offenders is high-fructose corn syrup. The consumption of this sweetener adds to the risk of developing metabolic syndrome (a collection of risk factors that set you up for disease) and type 2 diabetes. Because most processed foods are calorie-dense, they often replace the much more healthy foods that people can and should consume. The consumption of these foods typically goes from occasional to frequent in a short period of time. The normal, healthier alternatives are now being squeezed out for the fast, convenient, tasty, cheap and readily available processed foods we have come to rely on.

From a nutritional perspective, these foods are high in calories but low in nutritional value. They can spike blood sugar and insulin secretion that often leads to large increases in body fat accumulation, insulin resistance, high blood pressure and metabolic disturbances that can occur before the age of 10. In fact, a diet staple of processed foods for children is the root cause of excess weight and obesity in America today.

Quite often the metabolic changes that have occurred as a result of this type of diet during childhood and adolescence persist through adulthood which influences their individual risk factors throughout their lives.

Setting Our Kids up for Lifelong Disease

However, this is where the statistics get blurry. There are many, many more Americans out there with metabolic syndrome, or pre-diabetes as it is often called, who have the same risk factors for heart disease and stroke as these folks newly diagnosed with type 2 diabetes.

Quite frequently, this chronic disease can develop in childhood as a metabolic disturbance, blossom into a full-fledged disease at the age of 30, and continue as a chronic disease throughout adulthood. This pattern of disease development has continued to fuel high chronic disease rates throughout the U.S. with all the associated costs and impacts on the economy, the health care system and people’s lives.

This is a public health concern that could produce ominous health implications for Americans for centuries to come, as today’s kids become adults and the same lifestyle habits are passed along from generation to generation.

Indeed, this prospect has been put forward by many health experts, academics and health scientists for the last several decades. According to the Centers for Disease Control and Prevention (CDC), if the current situation continues unabated, by 2050, one in three American adults will have type 2 diabetes.

If you want a solution to this problem, you need to look further than the influence of the consumption of processed foods. The most interesting part of this discussion really relates to the impact special interest groups have upon governmental health policy, laws, advertising and marketing strategies.

If you are someone who feels the government should have no place in making policies regarding your health, including what foods or drinks you buy, food labeling or restrictions upon advertising and marketing, then you also should be able to understand the risks involved with such a view. The government is in power to represent your best interests and make laws to protect you, but they can do nothing to save you from yourself and your own decisions regarding what you choose to eat or drink.

Governments at all levels also are extremely vulnerable to the influences of special interest groups and lobby firms that represent large companies that manufacture our foods and drinks. To say that governments are impervious to this type of influence is not being realistic; despite the fact that governments are trying to keep your best interests at the forefront of their work, governments are run by politicians. Enough said!

Currently, in the U.S., there is really very little regulation regarding the safety of consuming processed foods as a health risk. labeling foods and drinks involves the content of the food in terms of its calories and food properties, and if it’s organic, gluten-free, peanut-free and contains any other ingredients like GMOs (genetically modified organisms).

A case in point is the California State Senate Bill 1000 recently defeated in the state legislature. The bill would have added safety labeling to sweetened beverages known to contribute to obesity, diabetes and tooth decay.

Lobby groups like the American Beverage Association were certainly front and center in their own media campaign. CEO of the association, Susan Neely, commented, “educating people about balancing calories and activity is the best way to help them make decisions regarding their health, not scaring them into making the choices bureaucrats think are best.”

Another lobby group, Americans for Food & Beverage Choice (AFBC) also had this to say regarding the defeated Bill 1000: “Singling out just a few products won’t help boost consumer health, but education, diet, and exercise will! Remember: What you eat and drink is your choice. Don’t let politicians decide what goes into your grocery cart.”

When I read these statements, it literally makes me cringe. These associations and CEOs obviously have great PR firms to handle these issues for them.

Companies are not only making the same processed foods that are killing Americans, they are influencing governments in a very direct way to allow themselves free reign over people who are at their mercy.

Why do I say mercy?

Processed Food Companies Have You Hooked

Although the manufacturers of processed and snack foods have assured the American public that they are free to choose whatever foods they wish to consume without the need for safety labeling, this is clearly not the case.

Food manufacturers make their foods more tempting by their taste, mouth-feel and the use of additives like sugar and hidden sweeteners. They also engineer their foods to be addictive. They target youth and various demographic groups with labeling, marketing and advertising practices which are meant to attract kids, get them addicted to their brand and keep them for life. Fast-food companies and breakfast cereal manufacturers have been doing this for years.

These processed foods are designed to affect parts of the brain associated with pleasure and reward. They are made to keep you eating the product until it’s gone, and keep you coming back for more to satisfy your need for food gratification. Food manufacturers employ food scientists, psychologists and chemists to make a product that will hook an unsuspecting public.

To suggest that children and teens have any kind of chance against this sea of food advertising, marketing and processed food surrounding them is ludicrous to say the least.

The lack of nutritional value and the role it is playing in the health of Americans is certainly no secret. However, the way these processed foods are made, marketed, advertised and presented by powerful special interest groups to the public and governments is a dark and dirty secret.

Bruce Bradley, former marketing executive for the food industry, has explained this situation in great depth in his book, Fat Profits, released in 2012.

“Food companies like to pretend they are your friend and partner in healthy eating, but this couldn’t be further from the truth,” he says. “The reality is most food companies are first and foremost concerned with profits. Misleading advertising, deceptive labeling, cheap ingredients, and government lobbying are the tools that they use to drive increased consumption of their processed foods and grow corporate profits.”

This is the secret I think Americans really need to know about when it comes to processed food—knowledge to start making some better choices at the grocery store.