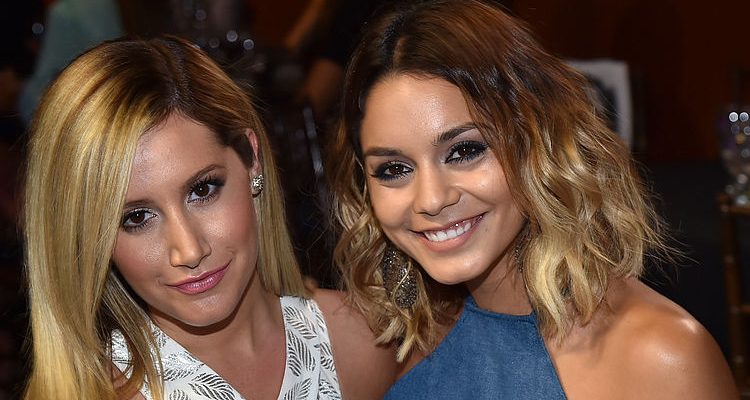 Sharpay and Gabriella may not have been the best of friends in the 2006 hit High School Musical, but the actresses that portrayed them definitely are. Ashley Tisdale and Vanessa Hudgens reunited this +past Tuesday and performed a duet for Tisdale’s revamped YouTube channel. Hudgens posted a photo to her Instagram account promoting their collaboration.

Had so much fun singing Ex's & Oh's with my BFF @ashleytisdale ? Check out her YouTube channel for the video ?

Along with their gorgeous singing voices, the video showed that both women look as though they could still be roaming the halls of East High School and worrying about college applications. Neither of the talented actresses seems to have aged a day in the past 11 years! Read on to discover these Wildcats’ healthy living secrets.

Tisdale has been active since the end of the High School Musical series, lending her voice to cartoons like Phineas and Ferb, Sabrina: Secrets of a Teenage Witch, and Skylanders Academy. She has also acted on the small screen with parts in Hellcats, Young and Hungry, and Clipped, all while starting her own makeup company, Illuminate. With such a busy schedule, keeping fit can be a challenge, but it’s not one that Tisdale has shied away from.

To stay in shape, Tisdale follows a low carb diet and likes to drink green smoothies to keep her healthy. A typical meal plan for her includes eggs, smoked salmon, or oatmeal for breakfast; grilled salmon and mixed vegetables for lunch; and a tuna steak and salad for dinner. She enjoys healthy snacks like avocados and apples between meals.

Tisdale also works out with trainer Christopher Herbert regularly, and is sure to include cardio exercises like running on a treadmill or elliptical as well as weight training in her regimen so she stays healthy and toned.

Hudgens has also been busy in the years since High School Musical broke Disney Channel records. As well as releasing two albums and touring to promote them, the starlet has also been active in film, starring in Sucker Punch, Spring Breakers, and Beastly. Just like Tisdale, Hudgens has also managed to make her fitness a priority, and likes to eat five, small, healthy meals per day. These meals often include egg whites and fruit for breakfast, grilled chicken and spinach for lunch, and salmon and salad for dinner. She snacks between meals on yogurt, fruit, and almonds to keep her metabolism working as well as ward off any unhealthy cravings.

Hudgens also works out regularly, practicing Pilates to keep her strong and lean, as well as cardio exercises like cycling and running to keep her heart healthy while she burns fat. Hudgens enjoys mixing up her workouts, and will try different classes like kickboxing to target and strengthen muscle groups that her regular Pilates workouts don’t always use.

Ashley Tisdale and Vanessa Hudgens are both looking fantastic, and with the active and healthy lifestyles they lead it’s easy to see why. If both of these busy and successful young women can find time to exercise and eat right, you can too! Trying a new workout routine or changing up your diet could leave you looking and feeling as great as these former Wildcats.