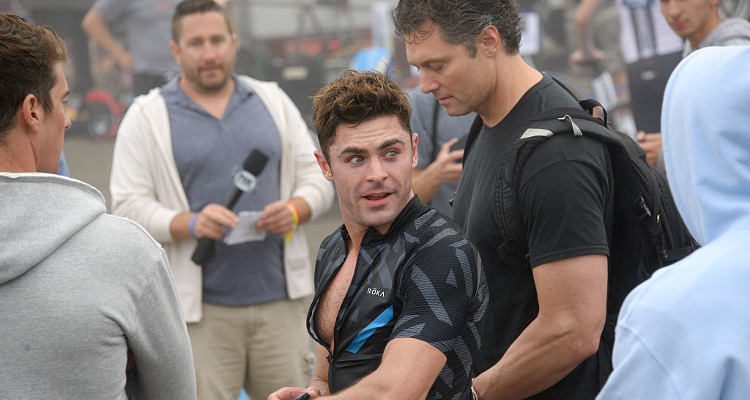 It has been 10 years since these actors first made their appearances on television screens in the Disney Channel Original Movie High School Musical.

The breakout star from that is, without a doubt, Zac Efron who has gone on to be a heartthrob adored by many across the globe.

His friends Corbin Bleu and Lucas Grabeel have gone on to have successful acting careers of their own, but they are nothing like Efron’s, who is making Hollywood movies with top celebrities now.

This past Tuesday night, the three stars of the Disney film franchise met up on Broadway and commemorated the brief reunion with a pic that was posted to Instagram. Thousands of loyal fans literally freaked out on social media as a result of the picture.

@mrgrabeel and I saw @corbinbleu DANCE on AIR ala Fred Astaire last night. He tapped “Firecracker” and lit the stage on ? with his moves! Check out #HolidayInnMusical #amazingshow #theboysareback

Grabeel and Efron were in New York to watch their pal Blue perform in his latest Broadway show, Holiday Inn, based on the classic Irving Berlin musical. Efron said on Instagram that he saw Bleu dance on air like Fred Astaire.

Getting Fit Like Zac Efron and Broadway Star Corbin Bleu

Zac Efron might just be known for his incredibly toned body as much as he is for his movies. Over the years, he has perfected his look and physique. He has said he likes to do workouts first thing in the morning. His personal trainer, Ramona Braganza, is a celebrity trainer who has worked with many stars, including Anne Hathaway and Jessica Alba.

The program Braganza gets her clients to do is called the 3-2-1 method made up of three parts:

The three segments are done as a circuit; each segment lasts 10 minutes but can be more or less depending on the client. Efron says that, right now, he is probably the physically strongest he has ever felt. He jokingly says that if the zombie apocalypse happened right now, he’d be able to defend himself just fine. Efron can be found hiking around his home as well, which he enjoys quite a bit.

Corbin Bleu, on the other hand, might not be as buff as Efron, but he is certainly in fantastic shape, and he has to be to withstand the grueling pace of being in a Broadway musical night after night. The actor worked extra hard to tone up for his wedding to Canadian actress Sasha Clements this past summer.

His trainer, Chad Landers, had the actor on a protein diet that included loads of fresh vegetables. The two met up three to four times a week to work out, which included doing weight lifts, bench presses, and interval training on the treadmill. Bleu did several 400-meter sprints during his workouts on a 10 mph speed with a 7 incline, making him essentially sprinting uphill for a quarter of a mile. Impressive!