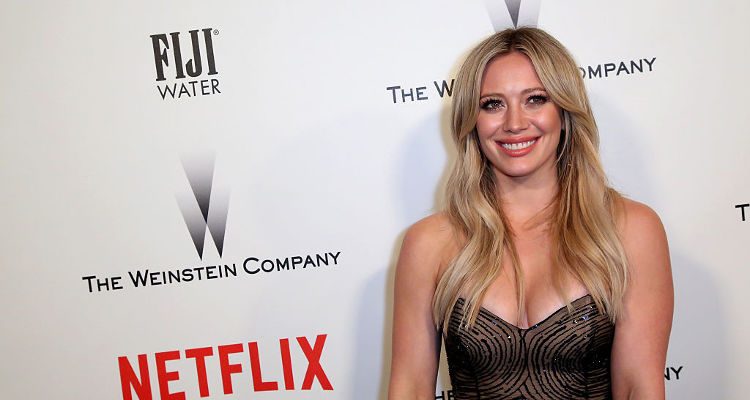 Former Disney star Hilary Duff is in fantastic shape, and she will likely get even more in shape now that she is dating trainer Jason Walsh. Duff posted a picture of the two on Instagram this week, making their speculated relationship a confirmed one now.

The actress currently stars on the show Younger, now in its third season, and is reportedly working on her sixth studio album, though no release date has been given yet.

Her weight has fluctuated over the years, particularly after she gave birth to her son with ex-husband Mike Comrie. She found it difficult to bounce back, especially since there is this unrealistic expectation in Hollywood for moms to get their bodies back within three months.

The actress has developed a realistic and healthy attitude about weight and dieting over the years, though admits that when she was in her late teens, she was way too skinny and actually rather unhealthy at 98 pounds.

It took Duff, 29, over a year and half to lose her pregnancy weight, but she took her time and did it right by avoiding fad diets and pushing herself too hard in the gym too soon. Putting pressure on herself to be “perfect” is not something she does anymore.

She gave up crash dieting in her twenties and now believes in the simple practice of eating right, and in moderation, and exercising. She enjoys eating and drinking and won’t deny herself anymore, and she will have an alcoholic beverage, though it is the first thing she cuts when she needs to tone up fast for a project.

Her diet includes portion controlling what she eats and, for the most part, follows a low-carb diet. If she eats a piece of bread, she won’t have dessert that day, for example. Sandwiches, she says, are something she loves to eat but doesn’t have often. Having quinoa on hand for the week is one of her time-saving tricks because she can simply throw some in a salad and not worry about having to prep that part. Breakfast is often oatmeal with a scoop of almond butter or a shake made with vegetables, egg white protein, and fruit. Food consumption of any kind stops at 6 p.m. for Duff.

Some of her favorite activities to do are Pilates—which she tries to do about five times a week—running, weight training, and swimming. In an interview with Self magazine, the actress said that if you find a good Pilates instructor don’t tell anyone about it because she did just that and now has trouble getting an appointment because her instructor is constantly booked.

One of her workout tricks that she learned from her trainer is to “bookend” workouts with cardio. So she will start with the treadmill, then do other activities in the middle (jumping, using medicine balls, dead lifts, hip thrusts), and then caps off the workout with more time on the treadmill.

Duff works out four to five times a week and mixes it up by doing a bit of cardio and strength training with some classes, such as Pilates. One of her newest activities is taking a 30-minute climbing class when she is in Los Angeles, though she admits it isn’t her most favorite thing to do. She does it because she has to.