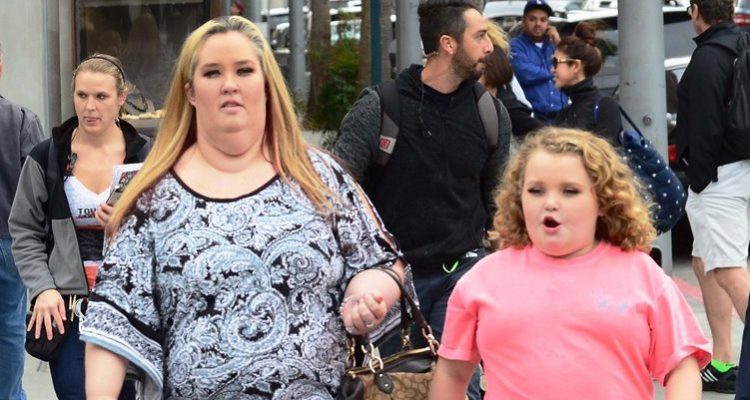 Mama June Shannon, who starred in the hit TLC show Here Comes Honey Boo Boo with her family, including daughter Honey Boo Boo, has shed over 100 pounds. Honey Boo Boo’s Mama June’s 150 pounds weight loss is good news for the star because when she first appeared on television in 2012, she weighed over 400 pounds, which is extremely hard on the body and puts a person at risk for many health issues, including diabetes and heart attack.

Honey Boo Boo’s Mama June has undergone a transformation, but this Mama June weight loss journey isn’t over yet as she now needs to deal with loose extra skin after her weight loss, a common complication for those who are obese and lose massive amounts of weight. Skin doesn’t return to normal after being stretched to capacity in the heavily obese, so the only way to manage the extra skin is through surgery.

There was a Honey Boo Boo’s Mama June before and after photo shoot in July 2015 while she was on vacation with her family in Florida. She showed off her new body and she did so in a way only she would: by posing on the beach wearing a one-piece red swimsuit, with a lifebuoy in hand, a definite throwback to the lifeguards in the popular ’90s show Baywatch.

On Botched—a television show featuring people who have had bad plastic surgery and two surgeons who try to correct damage inflicted by the original procedures, or people like Mama June who want plastic surgery—Mama June told the doctors she wanted her excess skin removed, and they agreed to help her.

Look for future Mama June Botched episodes where she reveals a sleeker frame. The date of this Mama June weight loss surgery for excess skin has not been made public. 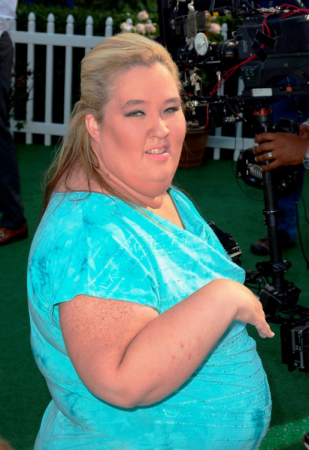 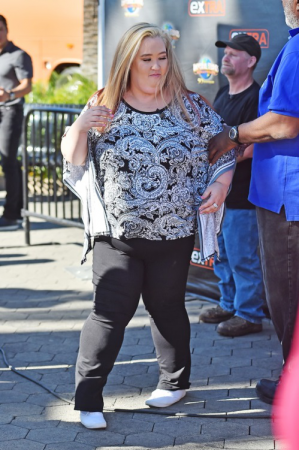 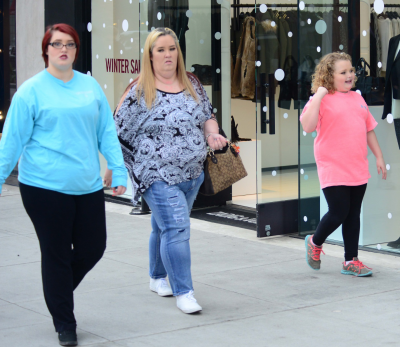 The Mama June weight loss diet might be halted for now as the reality star has no immediate plans to further her weight loss efforts, saying that if she loses more it’s fine, but it is equally fine if she doesn’t. Honey Boo Boo’s mom currently weighs 285 pounds and is seemingly quite content with that.

@IAMBENZINO just made a new sauce with the Buffalo bill the Jets and lemon parmesan it is the bomb for the fries pic.twitter.com/4KJyixBpao

The Mama June meal plan was revamped with the help of her trainer, who had her make changes to her high-calorie diet, including carb loading earlier in the day so she could burn those extra calories throughout the day. One change came in the form of the Mama June breakfast.

Her trainer had her make this the biggest meal of the day, rather than dinner, so she could take all day to work it off and she wouldn’t store extra calories at night when the daily Mama June workout plan came to a close.