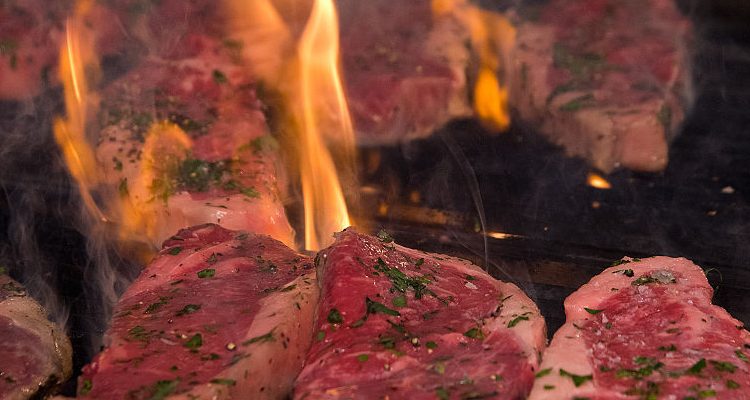 Another world-renowned food producer has pulled meat products off its shelves in several European stores. Nestle found that several of its “beef” products contained horse meat. Nestle representatives made a statement on February 18 that they’ll be increasing surveillance to make sure it doesn’t happen again.

This is just the latest development in the horse meat scandal ensnaring European food producers and consumers. Many beef burgers and frozen meals have been recalled all over Europe after accusations surfaced that some 100% beef products actually contained horse meat. On February 12, authorities traced the products back to a British slaughterhouse and a meat processing company. Authorities seized all the meat products found there, and investigations are underway as to how this happened.

So far, the British Food Standards Agency (FSA) has stopped production at the Peter Boddy slaughterhouse in Yorkshire and at Farmbox Meats in Wales, and arrested three men working at those locations. The FSA also announced that Rangeland Foods is voluntarily recalling some of its own burgers, after internal testing found that they contain anywhere between five percent and 30% horse meat. They had already been distributed to caterers and wholesalers across the UK. The British company Findus tested its beef products, finding that 11 of the beef lasagna meals contained 60-100% horse meat. This product was promptly recalled.

What’s worrying most consumers is the presence of the drug phenylbutazone (bute), which is sometimes found in horse meat. Bute can cause blood disorders like aplastic anemia. Eight horse carcasses tested between January 30 and February 7 have tested positive for bute.

“It presents a limited public health risk and I support the FSA advice that it should be excluded from the food chain,” said Chief Medical Officer for England, Dame Sally Davies, who also said that the amount of bute found is so minute that it will not be harmful to health. Starting this week, however, all horse meat in Britain must test negative for bute before being slaughtered; whereas, before, the meat could be exported to other European countries before the tests came back.

While many of us gag in disgust at this scandal, it begs the question: what’s wrong with horse meat other than the possibility it may contain bute?

The fact is, for years, horse meat was a staple of the human diet. In 1866, France legalized the consumption of horse meat—after all, it was a cheaper and still healthy alternative for those who couldn’t afford pork and beef. Although France boasted hundreds of horse butchers years ago, these days they’re few and far between. Even so, consumers who eat horse meat say it tastes better, has less fat, and is cheaper than beef. However, if the meat found in European frozen products is indeed horse meat, it’s not going to be comparable to the horse meat sold at high-class French butcher shops.

Although eating horse meat has become taboo in many countries, including Britain, the United States, and Canada, there are still five slaughterhouses licensed to butcher meat in Britain. Most of Anglophone Canada does not eat horse meat, but it can be found in parts of French-speaking Quebec and in Vancouver, on the Eastern coast. In 2007, the last horse meat slaughterhouse in the U.S. closed down. However, in 2011, the U.S. lifted its ban on the slaughter of horses for meat.

What This Means for Consumers

The uproar is not just about the health concerns of eating horse meat, but also about if consumers can trust food suppliers to disclose what’s really in their food products.

The 2012 Consumer Perceptions of Food Technology survey polled 750 U.S. adults about their attitudes on food labeling, animal biotechnology, and food supply issues: 69% of respondents said they were confident in the safety of the American food supply; and 75% said they were satisfied with the amount of information on food labels.

But as more information comes to light on the European horse meat scandal, it’s clear that consumers were kept in the dark. “Deceptive labels can cheat people economically or nutritionally… and such labels are also unfair to companies that employ honest marketing techniques,” said Michael Jacobson, Executive Director, Center for Science in the Public Interest. “There will always be crooks who are just trying to make a quick buck by cheating consumers.”

Jacobson said the Food and Drug Administration (FDA) and state attorneys need to crack down on misleading food labels in the United States. In a speech to the National Food Policy Conference, FDA Commissioner Dr. Margaret Hamburg said that “we’ve seen the emergence of claims that may not provide the full picture of their products’ true nutritional value. It will be important to reestablish a science-based approach to protect the public.” And that issue is again brought to the forefront with this food mislabeling scandal.

Ultimately, Jacobson said the laws will only change if consumers demand it. “[We need to] encourage companies to be more careful in their marketing of other products.”