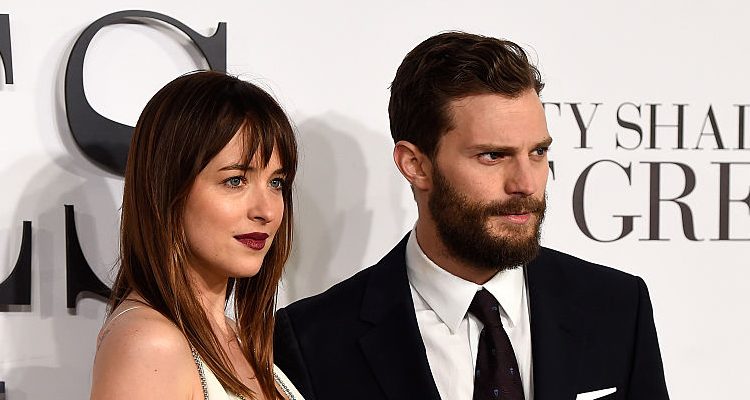 Actors Jamie Dornan and Dakota Johnson are reviving their on-screen chemistry this February in the highly anticipated sequel to the 2015 film Fifty Shades of Grey, titled Fifty Shades Darker. In anticipation of the film’s release, ex-One Direction member Zayn Malik and pop powerhouse Taylor Swift have collaborated on a single for the soundtrack, releasing a lyric video at midnight on December 9, 2016. Swift posted a teaser of the video on her Instagram page before its release, featuring Johnson and Dornan revisiting their characters.

The Fifty Shades of Grey series is known for its revealing and steamy love scenes, meaning that the stars need to work hard to keep their bodies in top shape. Find out which routines each actor favors below.

According to Healthy Celeb, Dornan keeps it simple and sticks to the basics. Push-ups are one of his go-to exercises in his upper-body workout regimen as they can be performed almost anywhere and without the use of equipment. Similarly, he also likes to include crunches in his abs workout routine, as they are another basic exercise that can be completed with minimal equipment and in nearly any location. Dornan also participates in a variety of sports to help with his cardio. He often plays tennis, rugby, and swims in order to burn calories and get his heart rate up. While these exercises seem simple, they are obviously very effective given the actor’s ripped body.

Johnson’s goal was slightly different than that of her co-star in preparing for the film. While she made sure to tone her body, she also wanted to ensure she had the body of an average, active, college student, as that is what the role of Anastasia Steele called for. In order to accomplish this, Johnson utilizes a routine set by Mari Winsor of Winsor Pilates, who also works with stars, Drew Barrymore, Sandra Bullock, and Miley Cyrus. Winsor created a workout regimen that was comprised of a combination of cardio and Pilates to both burn fat and strengthen and tone muscles. According to Winsor, Johnson works out almost every day, beginning each cycle with 30 minutes of cardio and following that with a 30-minute Pilates routine. Johnson favors spinning and running to get her cardio fix, while Winsor has set out a specific Pilates routine tailored to Johnson’s goals. This routine includes a variety of exercises, including leg lifts, bicycle kicks, small circle leg rotations, big circle leg rotations, and scissor kicks. These moves all help to tone and trim the actress’ legs and core. Along with her daily workout routine, Johnson also enjoys a variety of cold pressed juices to keep her body healthy and full of energy while filming.

With both stars working so hard to keep in shape and the hype surrounding Taylor Swift’s and Zayn Malik’s new single for the soundtrack, there is no doubt that Fifty Shades Darker will be one of the hottest films of 2017.