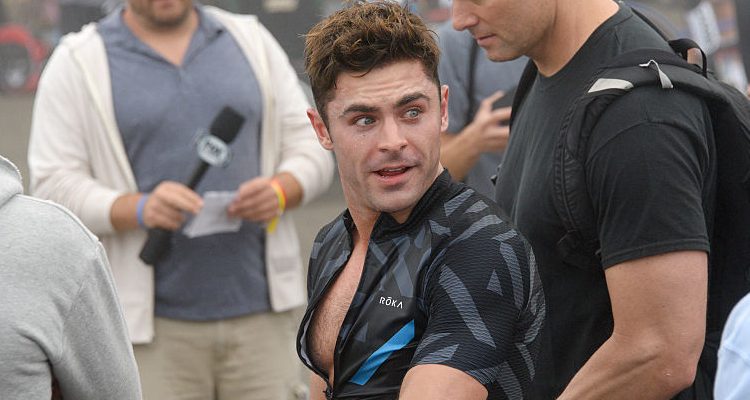 Movie trailer 2016 is definitely trending at the close of this year because some much-anticipated releases are coming out soon, particularly the reboot of Baywatch starring Zac Efron and Dwayne Johnson. Tom Holland’s version of Spiderman in Spiderman: Homecoming is also a big one to watch for fans of the Marvel comic book superhero. And then, of course, the follow up to Fifty Shades of Grey, starring Dakota Johnson and Jamie Dornan once again, will have many moviegoers flocking to cinemas around Valentine’s Day. Take a look at how each of the stars got ready for their upcoming movies.

The Baywatch trailer is finally out! You can now catch a glimpse of the upcoming film, which is set to be released on May 26th, 2017.

You will get to see sexy co-stars Zac Efron, Priyanka Chopra, and Dwayne Johnson looking lean, toned, and fitter than ever. Let’s take a look at how these actors got their bodies into the best shape of their lives for the film.

Hunky actor Zac Efron took his fitness to a whole other level for Baywatch. The actor underwent a body transformation and can be seen rocking an eight-pack. To achieve his bulked up look, Efron had to ensure he was consuming enough calories, and did many abs workouts. He also does circuit training.

To keep his incredible and famous physique, Dwayne Johnson sticks to a very strict diet and workout regimen. He starts his day with an early morning cardio session, and then does weight training. It typically lasts 30-50 minutes and puts him in a good place both mentally and physically.

Sexy actress Priyanka Chopra also follows a diet and workout regimen (although it is much more relaxed). Chopra eats healthy foods like oats, egg whites, salads, lentils, grilled chicken, and fish and chapattis. She also enjoys veggies and soups. Not a fan of the gym, she will do yoga.

Tom Holland Nails It in Spider-Man: Homecoming’s Trailer with His Acrobatic Stunts, Superhero Workout Pays off

Tom Holland stars as Peter Parker, aka Spider-Man. The Spider-Man: Homecoming preview shows Spider-Man flying around New York City, as the trailer teases what to expect from Marvel’s latest movie. The film also features Robert Downey Jr., crossing over as Tony Stark from the Iron Man/Avenger films. Excited fans are definitely ready for the film.

Tom Holland has been showing off his Spider-Man training regimen on Instagram, including his boxing workouts. Holland says he has been boxing at a gym in Brixton, London.

His training regimen also includes something called electronic muscle stimulation, or EMS. It works by sending low-level electrical currents through the body to stimulate muscles, which helps build, tone, and strengthen muscles. Holland is a client of the gym Body Shape Studios, which utilizes the EMS method.

Although Christian Grey isn’t an overly muscular man, Dornan still had to prep for the role to perfect certain muscle groups. In order to do that, he completed weight training, cardio, and an intense abs workout. Some key exercises to ensure he had defined shoulders, back, and chest include weighted pull-ups, incline presses, and shoulder presses along with Bulgarian split squats.

Dornan worked out four days a week and rested on the remaining two. Each workout day was dedicated to a certain body part.

The novels described Mr. Grey as lean, yet muscular with broad shoulders; and so, the workout plan Dornan followed helped him achieve the description from the novels perfectly.

As for Johnson, her diet removed processed foods and was replaced with a juice diet. The juices she drank were very high in nutrients but weren’t intended to be a cleanse juice; instead, they offered plenty of nutrients.

Johnson isn’t known to be into fitness and exercise, but while preparing for the role, she discovered how beneficial regular exercise can be for overall well-being. Her goal was to look as hot as possible while nude—and there are plenty of scenes where the actress is nude!