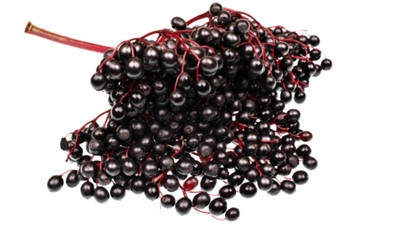 Have you ever read an article regarding the benefits of eating deep-colored berries or drinking green tea?

The benefits are directly related to special chemicals, a family of compounds known as polyphenols. Don’t let the fancy name confuse you!

How Polyphenols Boost Our Health

Polyphenols are very important in reducing oxidative stress which is a condition occurring in our cells when levels of free radicals are quite high. Oxidative stress is one of the important causes of aging. This condition can affect our cells in every tissue of our bodies, including our brain.

A recent study assessing the effects of a dietary supplement containing extracts of blueberry and green tea in the cognitive abilities of older healthy adults show that this product may be useful.

This study randomly assigned a total of 113 healthy adults (aged 65-85) to two groups. The subjects in group one received the dietary supplement (two pills daily) and the other group were given placebo pills. At the beginning of the study and again after a two-month period, the subjects were given a battery of tests which measured cognitive performance. These tests included measurements of memory, complex speed, processing speed, and executive functioning.

After two months of taking the supplements, the researchers found that those subjects had better cogitative scores, especially mental processing speed relative to the placebo group.

I agree wholeheartedly with this statement. Although these subjects were previously healthy, without any evidence of cognitive impairment, the addition of blueberry and green tea polyphenols improved brain processing speed compared to a placebo. What makes this observation interesting is the effects of this supplement were established after only eight weeks of use!

Quite frequently, mental processing speed is one of the first measures of brain function that decline as a result of aging. This current study has shown that this process may be enhanced and perhaps delayed in healthy, older adults who increase their intake of polyphenols.

Inflammation can cause high levels of free radicals which can potentially damage brain cells, neurotransmitters, and the inside of the arteries which supply blood and oxygen to the brain. Since the brain needs a constant supply of nutrients and oxygen to function, any reduction in blood flow to the brain can negatively affect brain functional ability.

If you want to improve the way your organs function and delay the aging process, eat more berries, tropical fruit, deeply-colored vegetables and drink several cups of green tea daily.