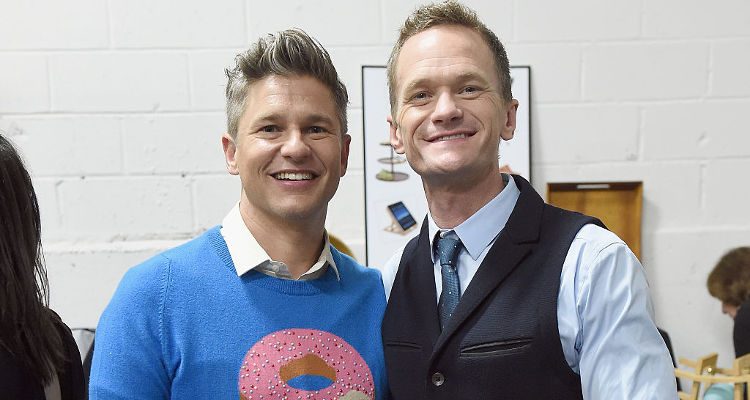 Neil Patrick Harris is best known for his role as Barry Stinson in the comedy series How I Met Your Mother, which aired from 2005 to 2014. It was a role that earned him four Emmy Award nominations. The 43-year-old is also known for his roles in Doogie Howser, M.D. (1989-1993), and the films Starship Troopers (1997), The Smurfs (2011), and Gone Girl (2014). He will next appear in the drama adventure Netflix series A Series of Unfortunate Events, which begins in January.

Harris has also worked on Broadway musicals, and he hosted the Tony Awards in 2009, 2011, 2012, and 2013. Neil Patrick Harris and his actor-chef husband David Burtka, 41, hosted the first-ever Broadway Tastes event on Sunday, Oct. 16 at Metropolitan West in Manhattan.

The New York City’s Wine and Food Festival partnered with Variety Magazine and MasterCard to host Broadway Tastes. Broadway Tastes is an event that hosts some of New York City’s best chefs, who then prepare Broadway-inspired dishes for the event. MasterCard cardholders experience the best sights, sounds, and tastes from Broadway productions, including The Lion King, Chicago, Aladdin, Something Rotten, and Beautiful: The Carole King Musical. One of the tasty Broadway-inspired dishes was a chocolate babka from Breads Bakery that looked identical to the Lion King logo.

The event promoted MasterCard’s new “priceless platform,” that lets cardholders participate in exclusive events. The event also gives foodies a chance to interact with Broadway cast members who were found serving and mingling with guests. Later in the day, the event participants were treated to five different Broadway performances from Something Rotten, Beautiful: The Carole King Musical, and Chicago.

Neil Patrick Harris has Broadway experience in Sweeney Todd, Cabaret, Stephen Sondheim’s Assassins, and Hedwig and the Angry Inch. David Burtka quit full-time acting to become a professional chef after graduating from Le Cordon Bleu College of Culinary Arts in 2009. Although he began a Los Angeles catering company, Gourmet M.D., the 41-year-old Burtka continues to act from time-to-time, including a Broadway role in 2015’s It Shoulda Been You.

What Does David Burtka Cook?

Kosher salt and freshly ground pepper, One pound of bowtie pasta, Four cups of fresh mint leaves, plus some for garnish, Three tbsps. of unsalted toasted pistachios, One clove of lightly crushed garlic, One cup of extra virgin olive oil, One 2.5-ounce wedge of pecorino, plus more grated for garnish, Juice of one half of a large lemon, A dollop of unsalted butter (optional).

Toast pistachios on a baking sheet, and roast at 350 degrees Fahrenheit for eight to ten minutes, and allow to cool before putting in the food processor.

Bring a large pot of salted water to a boil and cook pasta al dente, according to manufacturer’s instructions. At the same time, place the pistachios, garlic, and mint leaves in a food processor, and pulse until finely chopped. While pulsing, slowly drizzle olive oil in the food processor. Remove the lid and break up the pecorino wedge into small chunks, and add it to the food processor. Pulse until combined, and add pepper and salt.

Transfer the pesto to a large skillet and add cooked pasta. Cook on medium-high heat until excess water from the pasta has evaporated, and some of the pecorino has begun to melt. It will take about three to five minutes. Stir n lemon and butter, and season with salt and pepper.

Transfer to a large platter, and garnish with grated pecorino and mint leaves.