Home > Celebrity Diets > How Is Sarah Jessica Parker Preparing for “Sex and The City 3”? Is Actress Training with Yoga? 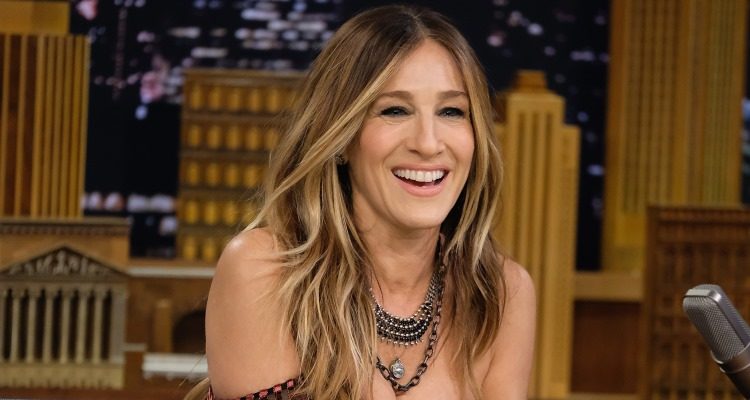 According to Radar Online, the four main cast members of Sex and the City will be returning to film a third movie. Apparently all four women, including Sarah Jessica Parker, are on board, have signed off on the script, and are ready to start filming. Parker had reservations along the way because she didn’t want the characters showcased in a more mature light, but tweaks to the script and characterizations allowed her to feel good enough to go to filming. Parker is currently 51 and looks amazing for her age, and Sex and the City 3 is sure to please fans of the HBO series, no matter how old the characters are getting.

Sarah Jessica Parker is an icon of fashion and beauty. She’s been married to her husband Mathew Broderick for almost 20 years, which is a feat by not only Hollywood standards but societal standards these days. The beautiful actress seems to really have it all: a strong marriage, healthy kids, successful career, solid health, and fit physique.

There hasn’t been a time that one can really recall when Sarah Jessica Parker wasn’t slight of frame and had those remarkably toned abs. Worrying about weight loss after giving birth to her son doesn’t seem to be an issue for her.

A dancer her whole life, Parker makes exercising and eating right a priority, though her frame is slight to begin with. She enjoys running, Pilates, yoga, and flash cardio workout routines that she does with her trainer Anna Kaiser of AKT Motion. Taking the stairs when she can is another activity she opts to do when she can. Every bit counts.

Kaiser puts Parker through an intensive 22-minute combo workout routine that combines hip hop dancing, yoga, and Pilates. Added into this routine are some light weight exercises. In this 22-minute exercise routine, every second literally counts and is used to maximum efficiency.

Sarah Jessica Parker admits she can only work out for 22 minutes at a time with this routine because it really puts her through the paces. At the Cannes Film Festival a few years ago, she said the 22 minutes is all she can bear. Joanna Coles, editor in chief of Cosmopolitan, spoke with Parker at the festival and admitted having tried Parker’s routine thanks to Kaiser sharing it with her. Coles eventually gave up and admitted defeat, saying she simply didn’t have the same stamina as Sarah Jessica Parker.

In an interview with Good Housekeeping, Parker said, “I do like feeling fit and healthy. When you’re young, you can run around and not really care about what shape you’re in because you wake up every day feeling OK. But now that I’m older, I need to do more for myself.”

Her diet is pretty clean and particular. She opts for The Hampton Diet, which has her eating lean meats, healthy fats, low-carb vegetables, and restricts refined carbs from the diet. But that doesn’t mean she won’t indulge in cheat meals every now and again. She does have three kids who probably eat pizza, so chances are, she likely sneaks in a slice sometimes.