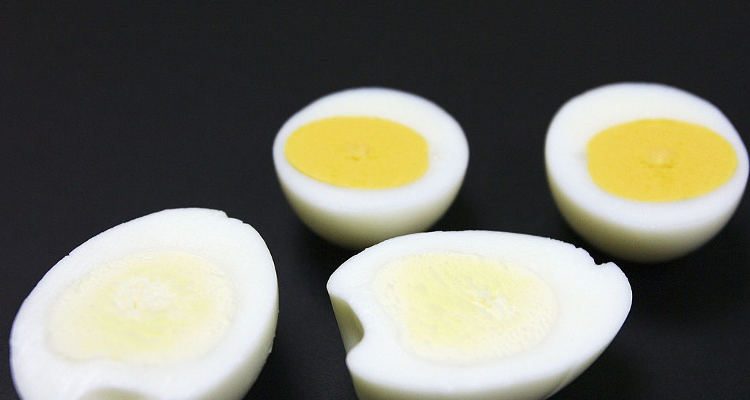 Eggs form a large part of the American diet. They can be prepared in many forms such as scrambled, boiled, fried, baked, or steamed. Eggs are also eaten raw, but it is not recommended. Including eggs in a balanced diet is a healthy option.

A single egg consists of albumin (egg white) and vitellus (egg yolk) enclosed in a fragile and protective shell. Because of the protein in boiled egg, the Food Guide Pyramid introduced by the United States Department of Agriculture (USDA) categorized eggs under the meat section.

Which Part Has the Most Protein in Boiled Egg?

One whole hard-boiled egg has 77 calories. Eggs are known to be a complete source of protein as they contain all the essential amino acids. The amount of protein in boiled egg is six grams, which accounts for 11% of the recommended daily intake for men and 14% for women. An average sedentary female should consume 46 grams of protein, while a sedentary male should consume 56 grams of protein every day. These amounts are in accordance with the Dietary Reference Intake. 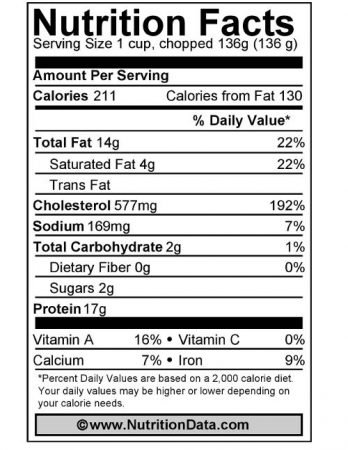 People require protein in accordance to their physical activity. Athletes and people who work out more, or indulge in a lot of physical activity, need higher amounts of protein than those with a sedentary lifestyle. According to the Academy of Nutrition and Dietetics, depending on the intensity of training, athletes should have 1.2 to two grams of protein for every 2.2 pounds of body weight.

Next time you want to avoid the egg yolk, keep in mind that it also contains protein. By not eating the egg yolk, you are consuming only half of the total protein in an egg. Also, several vitamins and minerals are present in the yolk, that are not present in the egg white. Contrary to the popular belief that people should just eat egg whites, especially for weight loss, most dietitians now recommend eating the whole egg to gain maximum nutritional benefit.

You should also be aware that hard-boiled egg calories are minimal. It is a low-energy dense food with 1.6 calories per gram. Energy density is the calorie count of food compared to its weight. Low-energy dense foods satiate you while providing fewer calories.

When taking into consideration boiled egg nutrition and the abundant vitamins and minerals it contains, it is a healthy option, especially for breakfast. A whole hard-boiled egg provides six percent of the recommended daily intake of vitamin A, two percent of calcium, and three percent of iron. It also provides phosphorous, zinc, magnesium, selenium, potassium, and fluoride. The other vitamins present in eggs include vitamin B6, B12, E, thiamin, riboflavin, choline, and folate. 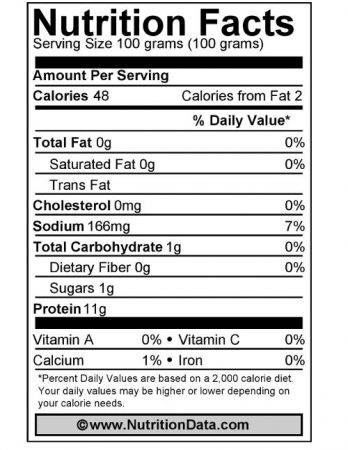 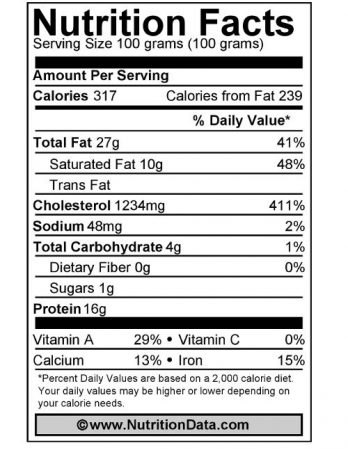 Because bodybuilders need to gain muscle, they are attracted to the protein-content in boiled eggs. While some may rely on eggs, others find it convenient to drink their calories in the form of protein shakes. The protein from eggs are also used in some of the protein powders.

Bodybuilders must have higher amounts of protein than the average person. They burn a lot of calories and need protein to make their body grow bigger and stronger. Protein helps in the muscle-building process, and minimizes the damage caused to muscles after a workout.

The fatty acids from eggs help control hormone regulation and cellular growth in the body. Eggs are easily digested, and being a natural source of protein, the absorption into the bloodstream is accelerated. Although eggs are good for bodybuilding, they should be consumed in moderation, as an excess of protein may lead to kidney problems.

Cardiologist Dr. Steven Nissen says that 20% of the blood cholesterol levels come from your diet. The rest of the cholesterol in the body is produced by the liver, because the body needs cholesterol. Dr. Luc Djoussé from the Harvard Medical School and Brigham and Women’s Hospital, conducted research on eggs and heart diseases and concluded that dietary cholesterol doesn’t translate into high levels of blood cholesterol.

Chris Masterjohn, Ph.D. in Nutritional Sciences said, “In seventy percent of the population, foods rich in cholesterol such as eggs cause only a subtle increase in cholesterol levels or none at all. In the other thirty percent, these foods do cause a rise in blood cholesterol levels.” The newly released U.S. Dietary Guidelines saw the addition of egg yolks to the list of suggested sources of protein.

Vitamins and Minerals in Egg Yolks

As previously mentioned, egg yolks have a considerable amount of nutrients. Egg yolks have vitamins A, D, E, and K, and they also have fatty acids. It has good amounts of selenium, phosphorous, vitamin B12, folate, and vitamins A and D. Very few foods provide vitamin D, and egg yolk is one of them. One yolk provides five percent of the recommended daily intake of vitamin D. Some other sources of vitamin D include beef liver, fish, milk, and yogurt.

Yolks also contain choline, a water-soluble vitamin that has anti-inflammatory properties. It is an essential element to keep your cell membranes healthy. It reduces heart disease and birth defect risks. One egg yolk contains nearly 116 milligrams of choline. These vitamins and minerals aren’t present in egg whites.

Egg whites also don’t contain omega fatty acids as the yolks do. The long chain fatty acids of omega-3 and omega-6 in eggs are beneficial for brain function and development, reproductive health and pregnancy, eye health, inflammation reduction, and more.

How to Hard-Boil Eggs

You should avoid consuming raw eggs. They can be contaminated with bacteria, and you can get infected with salmonella poisoning. You should always cook the eggs before consumption.

Here is a method to perfectly cook hard-boiled eggs. You will need a saucepan, some eggs, and water. Put the eggs in the saucepan and ensure that they are spread out in a single layer. Add enough water to the saucepan to cover the eggs by an inch. Bring the water to a boil and turn off the heat. Cover the pan and let the eggs stand in hot water for about nine to 15 minutes depending on the size of the eggs (this will let the eggs cook gently in the hot water).

After they are cooked, you can cool the eggs under cold running water, or put them in a bowl of ice water for a few minutes and then refrigerate. Drain the water, peel the eggs, and cut into halves. Season with salt and pepper, and serve. This method of cooking will give tender eggs and minimize cracking. Cooking the eggs for a longer period or at a high heat makes them rubbery.

Considering the protein in boiled eggs and a variety of nutrients, you should definitely include them in your diet. You can easily toss them into your salads with few cucumbers, carrots, tomatoes, and sprinkle with some salt and pepper. You can also have a boiled egg sandwich.

We can definitely benefit from the protein in boiled egg. However, you can also have it in other forms like scrambled or sunny-side up, and you will still get an equal amount of protein content. After all, who can resist the great taste of eggs?