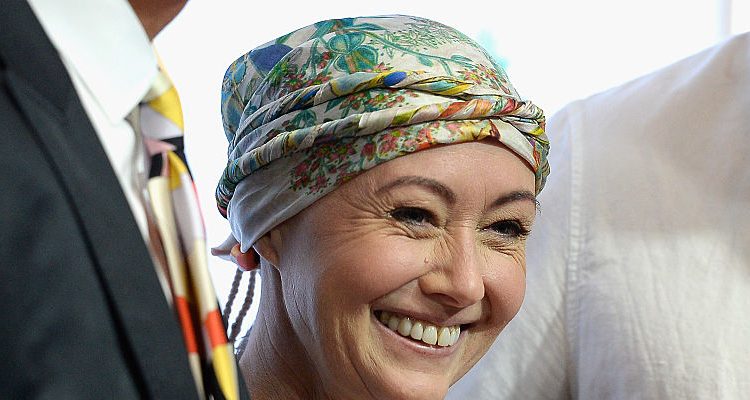 Shannen Doherty is hoping for a breast cancer-free 2017 as she wraps up another round of radiation therapy. The actress has been battling breast cancer since 2015 and she is hoping that her most recent cancer treatment will be her last, as she is hoping to undergo breast reconstruction surgery. Doherty had her breasts removed last spring, so undergoing the reconstruction surgery would be a part of Doherty’s healing process.

Doherty has been undergoing radiation therapy for the last two months, and she’ll now have to wait even longer for the radiation to leave her body before she can undergo the reconstruction. At the moment, the doctors are unsure if they managed to get all the cancer, so Doherty will have to undergo a PET scan in order to detect any cancer that may still be there.

Doherty has been documenting her cancer battle and cancer treatment on social media, allowing fans a glimpse into what the daily life of a cancer patient is like. Fans have been sending their support and best wishes to the star.

Eve though Doherty has been battling cancer and undergoing harsh cancer treatments, that hasn’t stopped her from still getting in exercise—she particularly loves to dance. There are numerous videos of the actress on her Instragam dancing away and pushing through even her most tiring days. On one video, the actress wrote,

“Radiation is tiring. It builds up within you and sometimes one just struggles to keep their eyes open. You can see how tired I am here but I’m still moving!! Any movement is so good during treatment, not just for the body, but for your mind as well.”

In a public statement, Doherty explained that regular exercise and eating well is still very important to her She explained,

“I am continuing to eat right, exercise and stay very positive about my life. I am thankful to my family, friends and doctors for their support and, of course, my fans who have stood by me.”

For Doherty, exercise and dancing has been a very positive element to her cancer treatment, as it not only makes her feel physically better, but emotionally and mentally better too. This just highlights the importance of living a healthy life even when you are at your sickest.

We’re sure that Shannen Doherty is beyond excited to finally be done with her radiation treatment. In the meantime, she will continue to think positive, eat well, and dance until she receives what we hope to be good news about possibly being cancer-free.