Home > Advice > How Soy Can Protect Your Heart 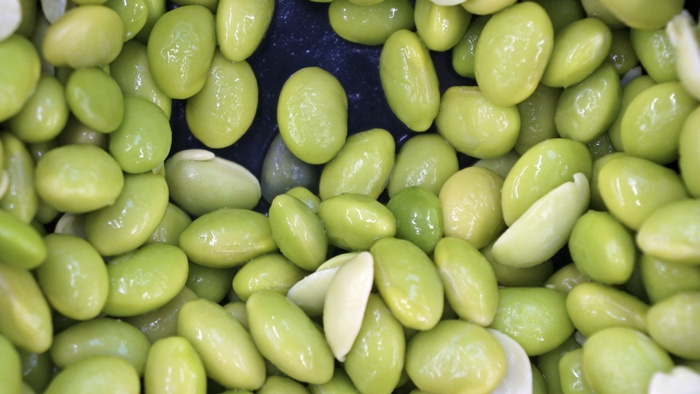 Bring on the roasted soy nuts and tofu stir-fry! There are several benefits of consuming soy products that have been researched and reported on through the years. For women over 45, there is also a great deal of research that suggests eating more soy can decrease the incidence of menopausal symptoms – and may also help reduce the risk of osteoporosis.

Heart disease is the leading cause of death in women, accounting for about 25% of their deaths. Anything that can reduce the risk of this disease in women, then, is worthy of a second look. Recently, some new research conducted at Wake Forest School of Medicine in North Carolina and published in the journal Menopause, has indicated that women who start eating soy products before menopause may be protected from developing atherosclerosis. This is the disease where fatty plaques build up inside the blood vessels that carry oxygen-rich blood to your heart and other parts of your body.

In this study, researchers fed monkeys who were premenopausal two different diets. The first diet was high in animal protein and the second contained a high concentration of soy protein derived from soybeans.

The researchers then induced menopause in the monkeys, assigning them to one of four groups. The first two groups continued to eat a diet high in either soy protein or animal protein, while the other two groups changed their diets to one opposite of what they were eating before menopause.

Ladies, Get Your Soy Now

The team found that the monkeys who consumed soy protein during their life had much lower levels of plaque in their arteries compared to the other groups. They also established the monkeys who had plaque in their arteries before menopause were less likely to experience plaque progression than if they switched to a soy protein diet after menopause had started.

This study shows that a diet high in soy protein could decrease the risk of heart disease before and shortly after the development of menopause.

“This study underscores how important it is for women to get into the best cardiovascular shape they can before menopause,” says Dr. Margery Gass, executive director of the North American Menopause Society. “The healthy habits they start then will carry them through the years to come.”

In countries like Japan where the average intake of soy can range from 20 g to 40 g per day, heart disease in women is much less of a problem. Soy is reputed to reduce blood pressure and cholesterol levels. It also has antioxidants called isoflavones that can reduce inflammation.

Personally, I recommend that women consume at least 20 g to 30 g of soy every day to keep their hearts healthy. Soybeans by themselves (like delicious edamame served in Japanese restaurants) are a great way to add soy to your diet because they have the added bonus of tasting great.