Home > Food News > How the U.S. Shutdown is Affecting the Safety of Our Food 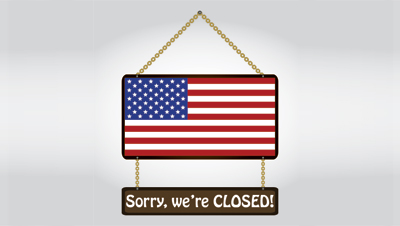 The partial U.S. government shutdown has left 800,000 federal employees away from their jobs and many “non-essential” government services closed down. While the shutdown will likely have serious long-term economic repercussions—not to mention political ones—it is also going to impact the health of Americans, especially the health of their food.

As a result of the shutdown, the U.S. Food and Drug Administration (FDA) will stop their routine food inspections. Even if the shutdown lasts just a few days or a week, this will have enormous health repercussions, as large volumes of food are shipped into the U.S. every day. The FDA, which is responsible for inspecting food supplies, will not conduct this work during the shutdown.

Apparently, making our food safe is not an essential government service.

“Make no mistake: The safety of our food supply will suffer if agreement is not reached on a continuing resolution that funds the government,” said Caroline Smith DeWaal, director of food safety at the Center for Science in the Public Interest, a food safety organization.

The shutdown also means that the Centers for Disease Control and Prevention (CDC) also have their doors closed, and will not be monitoring, tracking, or identifying sources of foodborne illnesses, which already affects the lives of one in six Americans when the CDC is working at full capacity.

The result? With the CDC at 32% capacity and reduced personnel monitoring their disease surveillance system, it will take much longer for consumers to be informed about foodborne illness outbreaks, contaminations, and recalls. While there are normally over eight employees monitoring outbreaks, the CDC now has just one employee monitoring the spread of diseases like Salmonella, E.coli, and Listeria. And if you planned on getting your flu shot through the CDC’s seasonal flu program, that’s also on hold until further notice.

“(There) isn’t going to be anyone working to figure out what food made people sick and get it off the shelves,” said Shari Shea, director of food safety programs at the Association of Public Health Laboratories, who are concerned about the impact of the government shutdown on the CDC. “You can only do so much with a skeleton staff.”

Not only is the government not monitoring these diseases, the National Institutes of Health (NIH) is also at a standstill, stopping all ongoing cancer, heart disease, and stroke research. The 200 new people who register for clinical trials every week, and depend on these trials to help prolong their lives, must wait until the government reopens, even though they can’t afford to.

While the rest of the country worries about the economic and political consequences of the government shutdown, the negative health implications should be taken seriously as well, especially since there’s no clear end in sight.

If there’s one thing I’ve realized from this shutdown, it’s that the government has sent the American public a basic message saying that the government bodies that monitor our health, track illnesses, take care of the sick, and conduct research on deadly diseases are not essential. And that should scare us more than anything; what government body is more essential than one that helps ensure the longevity of its citizens?

What You Can Do Now

Since the government isn’t going to be ensuring its citizens’ safety, then we must do it ourselves. Now’s the time to take extra precautions with the food you purchase. You should double-check that all meat and poultry has a proper food label approval and wash all fruits and vegetables carefully before eating them. Also, ask your local supermarket about recalled products—if the government isn’t going to be posting notices about recalls, supermarkets may be in direct contact with manufacturers if anything goes wrong.