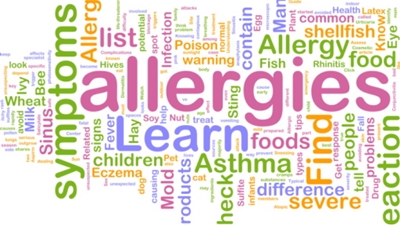 For years, I battled with illness and fatigue, not knowing what was wrong with me. Medical tests didn’t seem to show much of anything and my family doctor said it was all in my head, that there was nothing wrong with me. Well, he had it half-right: it was in my head—and in my whole body, too.

At the tender age of 17, I had been involved in a tragic train accident in Europe, where my best friend was killed. When I became ill, I think everyone thought it was lingering post-traumatic stress. It probably was, but what I have since learned through hypnosis, epigenetics, and neuro-linguistic programming (NLP) is that trauma stays in our tissues, and if it is not dealt with, it can make us ill.

For years, I fumbled around and slept more than18 hours a day. I had to quit university and I struggled to hold down a retail job.

One day, my neighbor suggested I get tested for food allergies. Well, low and behold, I found out I was allergic to almost every food I was eating: dairy, wheat, yeast, eggs, corn, sugar, pork, tomatoes, and the list went on. No wonder I was feeling so poorly—every time I ate, my immune system went into attack mode.

I also found out I had chronic fatigue syndrome (CFS). I had never heard of CFS and soon learned there was really no cure, and the only course of action back then was to rest—hard to do when you are only 22 years old.

Along with this diagnosis, I was given a long list of foods that I could no longer eat, and I wondered what the heck I was going to eat.

Hard rice crackers and rice cakes became the norm and a treat was a piece of fruit. I thought to myself that there has to be more than this to eat, and I wondered if I would ever eat a brownie ever again.

Since my energy level wasn’t great, I found cooking to be tiresome and making allergy-free recipes rarely turned out well for me. I must have thrown away hundreds of dollars’ worth of food, and just as I was getting really desperate, a woman entered my life who offered to help me. She told me about different flours and ingredients that I could use for baking—foods that I had never heard of and was a little leery to try, but I figured I had nothing left to lose. I was so grateful to her and so, when I had energy, I went to my favorite health food store and looked at all the different flours and baking items that they offered. I asked question after question: what could they suggest for wheat alternatives, dairy free options, and egg replacers? I learned and experimented. It reminded me of being back in school in the chemistry lab. I soon found out that flaxseed or chia seed, when boiled in water and then cooled and congealed, could be used like an egg. I discovered that rice, almond, soy, hemp, and coconut milk could all replace dairy milk.

The options were endless, and it was all so exciting.

Now, not every food has a substitute for it, but I did figure out that much more was possible than I ever thought.

I started to write down my recipes and got my friends and family to taste test them, and to my astonishment, they said they were good. Wow, now I wanted them to be great! So I went back into my kitchen, and before I knew it, I had loads of recipes that were healthy, tasty, and allergy-free.

I knew there were other people out there just like me, struggling with what to eat within the confines of food allergies, and I wanted to help them all.

Fast-forward to today and my cookbook, Finally… Food I Can Eat!, is now available worldwide. I actually get e-mails from people thanking me for saving their life. What a gift that is!

Perhaps finding out I couldn’t eat certain foods has actually been a blessing in disguise.

Shirley is the author of Finally… Food I Can Eat!, a dietary guide and cookbook for people with multiple food allergies. As a nutritionist, she enjoys helping people plan healthy menu plans within the confines of food allergies and dietary restrictions. Connect with her on Facebook, Twitter, or at www.deliciousalternatives.com.