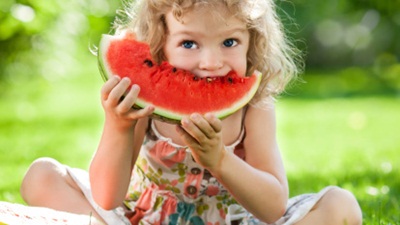 The grocery store shelves are usually pretty consistent with the same produce every season, but why? Your garden isn’t growing fresh vegetables in the winter. When it comes to the seasons and your food, it’s sometimes easy to forget that certain foods are generally grown during specific times of the year and come from other areas of the world. By the time your food gets to you, the weather may have changed.

There are many alternative holistic practices such as Ayurvedic and Chinese medicine, which focus on the importance of the temperature effect of foods on the body. One of the main properties of food in Ayurvedic medicine is the ability of food to have a warming or cooling effect on the body, also known as the virya. Here is a season-by-season overview of what healthy foods you should be eating during the warm and cool times of the year.

Foods to eat during Spring

The spring months are nearly upon us, and it’s definitely the time of year you start eating more fresh foods in your diet. It’s considered the season of purification and spring cleaning. It is beneficial to focus on eating dark leafy vegetables because it represents the new growth of the spring season.

Leafy green vegetables such as spinach, romaine lettuce, and Swiss chard have a cooling effect on the body, which is perfect as the temperature begins to warm. Citrus fruits like limes, grapefruit, and oranges are also a good idea for the springtime months. Fresh parsley and basil are also good seasonings for the body for spring.

Foods to eat during Summer

The body wants to cool down a lot more in the summer, so you will crave more fruits, juices, and smoothies. More raw foods, fruits, vegetables, and salads are typically associated with the summer. I always tend to eat watermelon in the summer, but won’t even consider it at any other point of the year.

Foods to eat during Autumn/Fall

It starts to get cooler outside and our bodies require warmer healthy foods as a result. The autumn harvest will bring in foods such as sweet potatoes, turnips, and yams. The autumn months typically bring more cooked foods, as well as pounds, with the added protein, fats, and calories.

Foods to eat during Winter

Winter is a time for warming healthy foods, like cooked foods and soups. The heavier winter diet has you requiring more sleep to keep you rejuvenated and full of energy. There will typically be more animal products such as fish, chicken, beef, lamb, and eggs. Remember that organic and grass-fed meat are still more nutritional choices.

At this time of year, people tend to eat a lot more root vegetables as well as carrots, potatoes, onions, and garlic. Cabbage, ginger, broccoli, Brussels sprouts, cauliflower, winter squash, sprouts, and oats are also good healthy foods to eat during winter. Plenty of the various seeds and nuts you would eat during autumn are also a good idea.

Some foods can still be eaten during other months. When you eat for the season it definitely gets you on track for healthy eating throughout the entire year. Know what healthy foods help balance your body, so you will always be cool, and able to handle the heat.