Home > Diet & Nutrition > How to Have a Paleo Thanksgiving 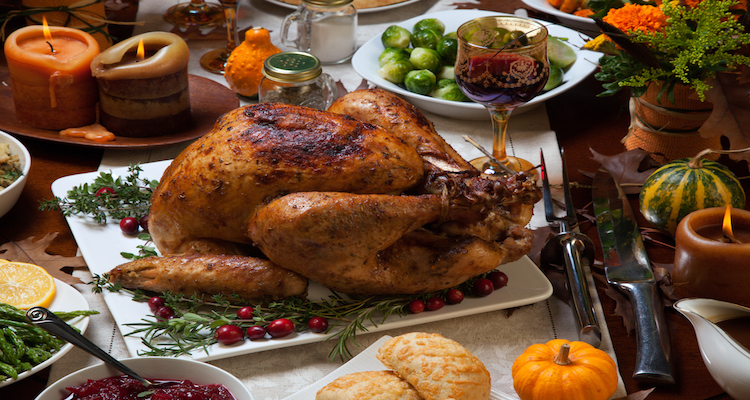 Thanksgiving is on the horizon and it’s arguably the biggest feast of the year. But if you’re on a Paleo diet, you might be wondering how to stay on point. Stuffing, cranberry, gravy, and other fixtures, after all, might not necessarily be considered “paleo foods.” Thankfully, though, a paleo Thanksgiving isn’t that hard to construct.

If you’re wondering how to stay paleo on Thanksgiving, don’t stress too much; we’ve got you covered. The foundation of the meal is Paleo-friendly, all you have to do is get a little creative with a few recipes to ensure you stick to your guns.

What Is the Paleo Diet?

The Paleo diet, also known as the caveman diet, is a popular style of eating that essentially eliminates certain food groups. The dietary regime is meant to mimic that of our hunter-gatherer ancestors, who had no access to the heavily processed foods of today’s society.

Proponents believe the diet of Paleolithic-era humans was mostly animal-based, with smaller amounts of fruits, vegetables, nuts, and seeds. Basically, whatever they could “hunt” or “gather.”

The truth, however, is that paleoanthropologists can’t say with certainty what foods “cavemen” did or didn’t eat. Or that the foods available to them promote optimal health. Foods were only available regionally during this time, so people dwelling in Africa, for example, would have had a substantially different diet than those in China or North America.

The main idea, though, is that eating the same types of foods as early humans promotes improved digestion and biological function, while “modern” processing and farming techniques are damaging to human health.

What Foods Can You Eat for a Paleo Thanksgiving?

Unlike other trendy diets, Paleo doesn’t exclude any macronutrients (e.g. fats, protein, carbohydrates). You can load up on the healthy carbs found in fruits and veggies, if desired. But since agriculture wasn’t developed until some 10,000 years ago, Paleo does restrict most “modern” sources of processed foods, like dairy, legumes, and grains.

Food groups featured on a Paleo diet include:

With that said, let’s take a closer look at the staples you might find on your Thanksgiving spread.

When it comes to main dishes, keeping things Paleo is well in within reach. Free-range turkey, pork, and beef can all be a part of your paleo thanksgiving. And with a little creativity, you can also make other favorites Paleo. Thanksgiving stuffing does not have to be skipped!

Ingredients (For a 20 lb bird; adjust based on bird size)

Keep Your Diet Rolling with These Paleo Holiday Recipes

You can do Thanksgiving paleo-style if you want, as it lends itself to the popular diet rather easily. A few paleo-specific recipes can help you out when needed, but for the most part, you can stay on track with some careful planning and decision-making no matter whose table you’re sitting at.

If keto is more your style, check our guide to a keto Thanksgiving.