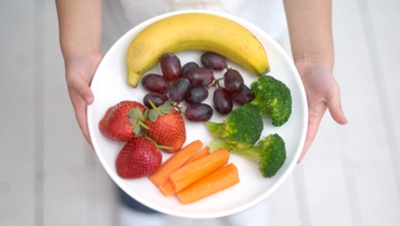 You have heard it many times over—because it’s true: Your diet is so important. The foods you eat contain various nutrients and these nutrients have a significant effect on the development, maintenance and function of your body.

Your diet can influence your health in many profound ways. For example, it influences your risk of developing diseases such as cancer, heart disease, diabetes, stroke and obesity. This relationship has been reported, discussed and researched for decades. It’s nothing new, and yet Americans are known for less than exemplary food choices and rising obesity.

But did you realize that your diet can actually affect the way your brain functions? As it turns out, your brain is quite responsive to certain foods and nutrients. A great example of this concept is how sugar can affect the brain. Simple carbohydrates and certain amino acids from the protein in your diet can influence the way messages are sent between nerve cells in different parts of your brain.

In addition, certain areas of the brain responsible for the perception of hunger, pleasure and reward are affected by certain types of nutrients, too. Foods can also affect the secretion of special chemicals like serotonin and dopamine which register strong emotions like happiness and contentment after consuming them.

Did you know that the nutrients in your diet can also affect your levels of brain cognition? Previous research has indicated that those who have higher levels of insulin resistance and fasting blood sugar (primarily from poor food choices) can experience a greater risk of cognitive decline.

What Does Fat Have to Do with Brain Function?

The brain mostly is composed of various types of fatty molecules, so the type of fat you consume can really make a difference in the maintenance of brain health. People who eat more fatty fish and extra virgin olive oil have been shown to have a decreased risk of Alzheimer’s disease and brain inflammation compared to others who consume a more westernized diet, heavy on meat and potatoes.

One new study has added weight to the theory: American researchers looked at a large group of people residing in the Boston area and tested their cognitive abilities. The researchers tracked the healthy, omega-3 fat intake in the subjects’ diet for a two-year period. After the follow-up, the subjects were again put through rigorous cognitive testing.

The results of this research indicated the average amounts of omega-3 fats the subjects ingested was quite low. These types of fats have been shown to improve brain function and reduce the risk of cognitive decline. Only 27% of the subjects were consuming the recommended daily amount of omega-3 fats in their diet. Those who ate the lowest amounts of omega-3 fat in its two common forms—EPA (eicosapentaenoic acid) and DHA (docosahexaenoic acid)—had a greater risk of cognitive decline.

Omega-3 fats are essential in brain cell function, maintenance, energy delivery and inflammatory control. The average American diet is deficient in these important types of fat, which goes a long way to explaining the prevalence of cognitive decline associated with aging.

These brain function studies have brought omega-3 intake to the forefront, clearly showing the benefits. Now’s the time to include omega-3s in your diet; eat more fatty fish like salmon, mackerel, sardines, herring and tuna. Go fish!