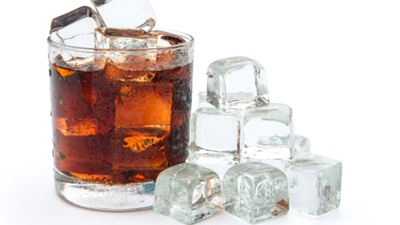 Soda drinks are one of the most consumed beverages in the U.S., with a variety of soda drinks lining our grocery store shelves.

We all understand the link between obesity and the consumption of sugar from soda drinks. Hence, the continued use of people buying “diet” drinks so they can enjoy their favorite soda without the added sugar and a food industry that wants to capitalize on the word “diet.”

But while you may be choosing drinks with zero sugar and zero calories, that doesn’t mean they’re healthy. In fact, a new study found that the carbonation, in particular, in soda drinks can make a difference in how sweet a drink tastes to you—and, in turn, this can cause you to continue drinking these unhealthy beverages. Could this be the real link between diet sodas and the rising rate of obesity?

A study in the journal Gastroenterology analyzed the effects of carbonation on the brain’s interpretation of the sweetness level in a beverage.

Researchers led by Dr. R. Cuomo conducted a study which indicated that the carbonation in a drink can confuse the brain from knowing the difference between the sweetness of a sugary drink verses a drink containing an artificial sweetener.

The study findings may be beneficial for people who want to avoid weight gain because “it facilitates the consumption of low-calorie drinks because their taste is perceived as pleasant as the sugary, calorie-laden drink,” said lead author of the study Dr. Cuomo.

I think we can all agree this is why people consume diet drinks. They taste similar to the non-diet brand with the same level of sweetness—without the sugar and calories.

In the present study, the researchers gave various types of drinks containing sugar, aspartame, and carbonation, or no carbonation.

Brain scans were then taken to determine brain activity. The study revealed that the presence of carbonation in all the drinks decreased the perception of sweetness in the brains of the participants.

This relationship was especially apparent in the drinks sweetened with sugar! So are you now wondering why the food industry decided to use carbonation in their sugary-sweet soda drinks?

Dr. Catia Sternini and Dr. David Geffen, from UCLA medical school noted in the journal that, “making the perception of noncaloric sweetener similar to the caloric sweetener, carbonation might then favor the consumption of low-calorie, diet beverages.”

“However, the reduced sweetness perception due to carbonation might be a double-edged sword in that it could also stimulate sucrose and food consumption because the brain perceives less sugar intake, and because energy balance is impaired.”

In my opinion, this is the reason why the high-calorie, sugar-laden drinks were carbonated in the first place. The carbonation tricks your brain into thinking that it’s not that sweet so you will drink more.

The confusion regarding the consumption of diet beverages and obesity, however, still remains.

People drink diet, carbonated drinks as a substitute for the same non-diet brand. It tastes the same and has no calories or sugar, so people who are overweight or obese naturally want to consume these products. Weight gain is not encouraged by the consumption of diet drinks!

If that were the case, people who were of normal weight like myself but wanted to enjoy these types of drinks without the added sugar and calories would be gaining weight. That is clearly not the case!

However, although there are healthier items to drink, I do see the value in diet drinks consumed in moderation. They do not increase blood sugar, insulin or blood pressure and they also, in my view, do not lead to further or increased consumption of sugar and calories from other sources.

If given the choice between carbonated diet soda or regular soda, I am going to drink diet soda every time!