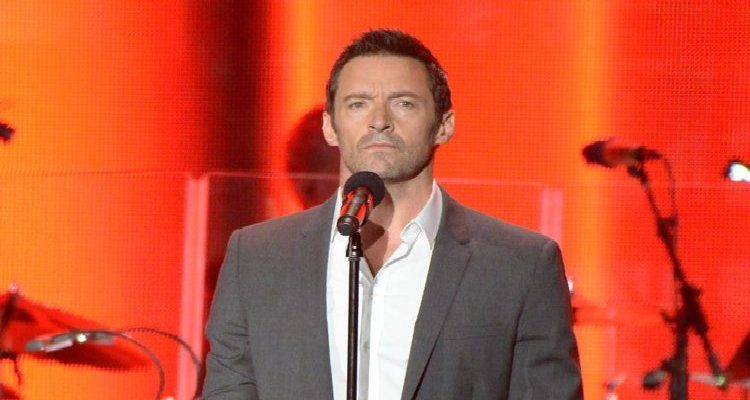 Hugh Jackman is known for having a bulked up and muscular look in many of his film roles— especially in X-Men where he played Wolverine. In Logan, the newest superhero film based on the Marvel Comics character, Jackman plays the main character that must protect a young girl who is being haunted by malefic forces. At 48-years-old, Jackman is looking incredible and most want to know how he keeps such a great figure. Well, here is the scoop on his fitness for the upcoming role.

How Hugh Jackman Bulked Up For ‘Logan’

Fans know that the role of Wolverine is pretty much owned by Hugh Jackman. He has played it for over a decade in a series of the X-Men franchise films. While he is no stranger to getting into superhero shape, he is certainly impressing with his dedication to fitness for Logan, especially at his age. He recently shared his workout plan with Men’s Fitness and judging by its intensity, he achieved nothing short of a body transformation for this character.

While prepping in the gym for this role, Jackman has been posting some of his workouts to Instagram.

Jackman is working with personal trainer David Kingsbury, who has helped him build strength and muscle through exercises like squats, bench presses, and deadlifts. He helped him do this by beginning with light weights and gradually working towards increasing the weights and reps. This helps him to break through any plateau that might normally come with a consistent workout. Kingsbury assures this is the way to increase your muscular gains – this is also known as weight training.

Jackman also did a lot of circuit training and supersets, which are excellent for burning fat and really working muscles. But Jackman’s training doesn’t give him the non-functional bulking up that many other folks in the gym try to aim for. His training is very balanced, and he does many of his most challenging exercises without a machine— also known as body resistance exercises. Jackman goes on to explain how he is in the best shape of his life for this role.

Jackman performed each of his workouts on a different day for five days, and he did this for eight weeks. He did things like weighted pull-ups, bench presses, and more squats; but each set varied each week. His workout is all about adjusting the intensity and weight in the set of reps to ensure that there is a building of strength and muscle as the weeks proceed. Although his diet is unknown, it’s not a stretch to assume that Jackman is consuming a healthy diet of adequate amounts of protein, veggies, and fiber as well as healthy fats. Calorie and nutrient intake is super important while doing training at this intensity.

Jackman even wowed on Instagram with a post demonstrating his impressive fitness skills. He did 100 clap push-ups and was shown lifting some very heavy weights. This man is a beast! There is no doubt that fans of Wolverine everywhere will anticipate his new film and will strive for achieving the same chiseled physique that Hugh Jackman has.