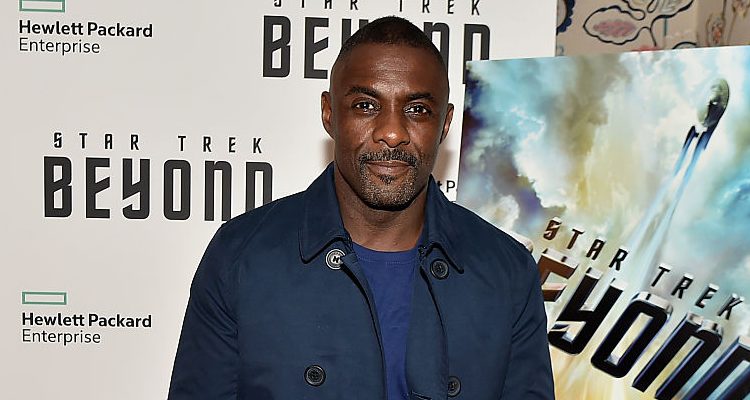 Actor Idris Elba, 44, has been training hard for his role in the upcoming Discovery Channel documentary Idris Elba: Fighter, in which he takes up professional kickboxing. The series is set to chronicle his journey as he transforms his body into that of a professional fighter though intense workouts extreme dietary changes.

Elba has already won his first fight which took place at York Hall in London. Fellow celebrity Madonna, posted some footage of the bout to her Instagram page as seen below.

Elba is looking to be in fantastic shape in the video clip, doling out a series or kicks and punches and giving it as good as he gets. So what did it take to turn the actor into a professional fighter? Pain, apparently.

Elba revealed in an interview with the mirror that the pain of grueling training sessions and sparring only encouraged him to work harder in order to achieve his goal. He had his work cut out for him too, attacking the challenge after he wrapped filming on the latest Star Trek film that caused him to experience a sudden weight loss. According to the star, his costume was so restrictive that he couldn’t eat properly and had to resort to drinking his lunch in the form of shakes and smoothies, while cast mate Chris Pine would jokingly tease him with chicken drumsticks. Understandably, this liquid diet resulted in Elba dropping weight, so he had to work hard to regain in muscle mass when preparing for the documentary.

His training spanned the globe, working with professionals and former kickboxing champions in Cuba, Japan, Thailand, South Africa and Great Britain to hone his skills and master techniques. Check out some of this rigorous training in the Instagram post below:

Back to work. Training is my cleanse.??

On top of constant workouts and training, Elba also had to make changes to his diet. In an interview with the Mirror, Elba revealed that he was warned to make cuts and changes to his usual diet or his health would suffer. His doctor explained that keeping his diet the way it was while training so hard could cause him to collapse, with his body shutting down and immune system failing. This may have lead to infection and illness, halting any training and progress he may have achieved. In order to avoid this grim scenario, Elba took his doctor’s advice and cut back on refined carbohydrates such as beer, pasta, and rice. Replacing these with better sources of protein and more complex, natural carbohydrates fuelled his body better and gave him the energy and stamina needed to train properly.

Idris Elba embarked ion the challenge of a lifetime by transforming his body into that of a professional fighter in just 12 months. The 44-year-old father of two worked hard mentally and physically to achieve his goal of stepping into the ring and holding his own, and viewers will be able to watch him progress beginning Tuesday, January 17, 2017 on Discovery UK. Check out the series’ trailer for more details.

Genower, E., “’I would’ve collaped is I’d not changed my diet’: Buff Idris Elba reveals he cut out pasta, rice, and beer to becaome a kickboxer… bu says his kids ‘worried’ about him being hurt in fights,” Daily Mail web site, January 13, 2017;http://www.dailymail.co.uk/tvshowbiz/article-4116404/I-ve-collapsed-d-not-changed-diet-Idris-Elba-reveals-cut-pasta-rice-beer-kickboxing-documentary-confesses-kids-worried-hurt-fights.html, last accessed January 16, 2017