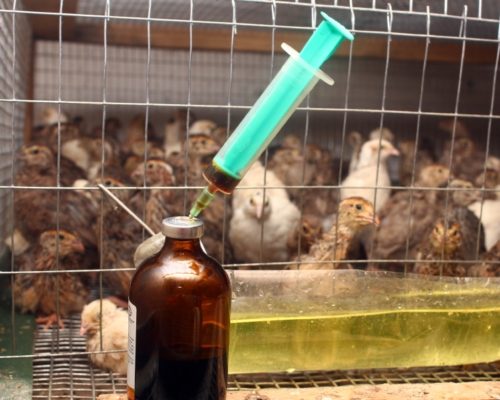 Fifty four investment groups that together manage $1.41 trillion have decided to try and curb antibiotic use in food by going after 10 U.S and British restaurant groups, including McDonalds and Dominos Pizza.

The investors, in response to warnings from the World Health Organization and other groups about the move to a “post-antibiotic era”, want the restaurants to set timelines for removing the use of “medically important antibiotics” in their supply chains. Failing to do so, according to the investors, would threaten investor returns and public health.

Worldwide and within the U.S., about half of all antibiotics that get produced are fed to animals. This is done for the expected reasons of curing existing infections but the drugs are also administered preventatively and in some cases as a means of making the livestock grow faster. Although the use of antibiotics for growth has been banned by entities such as the European Union, this has not done enough on its own to curb their use, regardless of reason. In the U.S., humans take about 3,750 tons of antibiotics each year while American livestock is given 9,800.

The reason this is an issue is because a number of the antibiotics given to animals are the same as the ones humans use and their proliferation is increasing the rise of antibiotic resistant “superbugs”. It is not a coincidence that antibiotic strains tend to appear in animals first before finding their way to humans. Bacteria that are resistant to colistin, considered the antibiotic of last resort, were first discovered among pigs in China where the drug is routinely administered to herds.

It is with issues like this in mind that the investors delivered their message to the restaurant chains. Since restaurants, particularly large multinationals like McDonalds, are some of the biggest players, getting even one or two big chains to commit to removing unnecessary antibiotics would be a boon.

None of the restaurant groups have agreed to making any commitments at this time, though several have released statements that generally say they are against using antibiotics to promote growth and try to get suppliers to reduce their use.